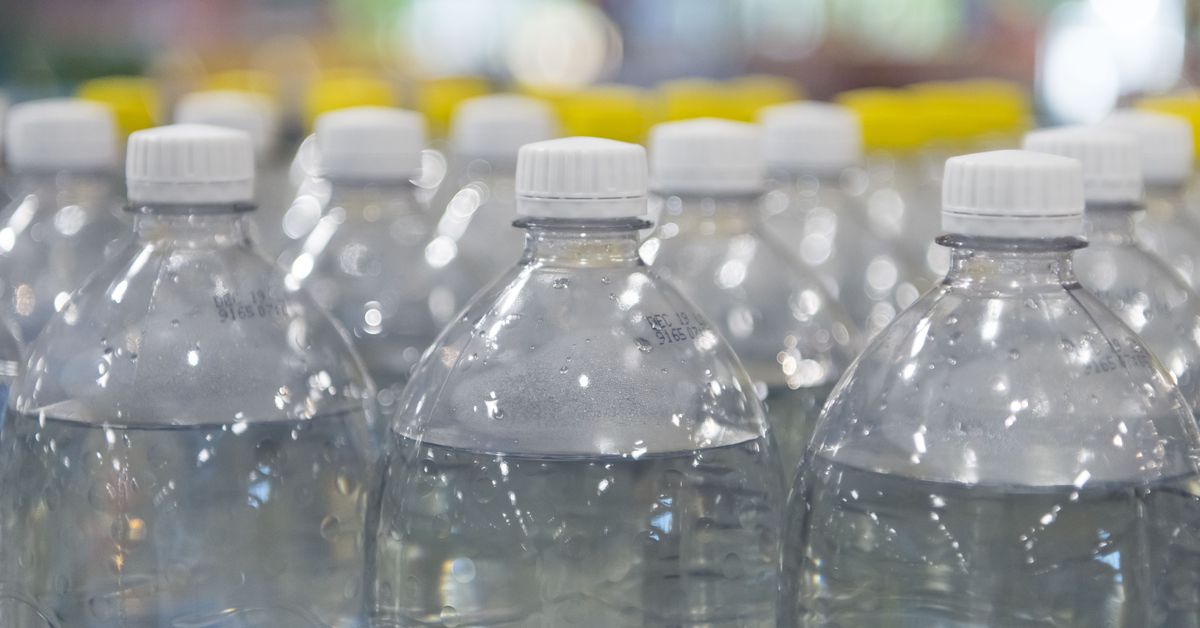 Since the advent of aviation, airlines and airports have provided passengers with plastic wrapped items for single use and thrown away. Instead of switching to sustainable goods and packaging that tends to be heavier than plastic, the aerospace industry has maintained this – producing millions of tonnes of plastic waste every year.

However, sustainability has grown in recent years A bigger argument for customers who value environmentally friendly travel opportunities. On Tuesday, San Francisco International Airport (SFO) banned the sale of plastic bottles under one liter at concession stands, lounges, restaurants or vending machines. It is the first major US airport to issue such a directive, a move towards its goal of being a zero-waste hub by 2021

Every guest who comes through the airport produces about half a pound of garbage, an airport spokesman told CBS News, and about 10,000 bottles of water were sold daily. San Francisco International already requires vendors to provide certified compostable utensils, food service accessories, and reusable cups.

As progressive as this sounds, there is a caveat: the directive for plastic bottles applies only to water (no other drinks such as sodas, juices), or sodas) and does not affect how airlines serve passengers independently. Airport vendors will continue to be able to sell water in disposable aluminum and glass containers that are unlikely to be much better for the environment.

Plastic water bottles have a notorious reputation in our waste-ridden world: they are thin, disposable, and most likely will not be recycled, as research shows that only 9 percent of the plastic waste ever produced is reused. They are also made from oil extracted from oil wells.

While glass and aluminum are sure to be more sustainable (both can be recycled over and over again), producing cans and bottles of these materials requires a lot of fuel, according to Umbra Fisk from Grist. A complete ban on disposable items – or even plastic bottles in this case – would be a radical step for the airport, but could lead to a number of problems. This could confuse passengers who are unaware of the policy and, according to the spokesman for SFO, there are not enough non-plastic alternatives to teas, juices or sodas.

Various airports, including SFO, have designed facilities that are eligible for approval by the US Green Building Council's Leadership in Energy and Environmental Design (LEED) program. Last year, LEED updated its list of airport areas to be certified, including terminals and car rental centers. Boston Logan International Airport was honored in 2006 for one of the design and construction features of its terminal and years later installed wind turbines and solar panels. SFO also received an award for its terminal in 2011.

Choosing an environmentally friendly design could offset the amount of energy required to operate an airport. However, there are still many wastes a day at the transport hubs. According to the Federal Aviation Administration, nearly 20 percent of all airport solid waste (garbage or trash) comes from the planned garbage after the flight.

Jasmine Malik Chua wrote for Vox about flights without waste: "In a single year The airlines throw 9,000 tons of plastic, enough aluminum cans to build 58 new Boeing 747s, and enough newspapers and magazines to build a soccer field with a depth of 230 meters to devour. "

The containment of in-flight waste will therefore be of no importance to any airport seeking it. However, these sustainable initiatives are usually driven by airlines and not by the airports themselves.

Chua reported that on June 5, a United Airlines flight offered passengers compostable and recyclable crockery, reducing waste from an average of 65 pounds to 14. Qantas Airways, an Australian airline, also boasted of their zero-waste flight in May. These efforts are not the norm for airlines and appear to be mostly marketing stunts or events that are tied to a holiday such as World Environment Day.

By comparison, San Francisco International's drive to completely ban plastic water bottles seems to be able to actually reduce waste. (Now, if only it could do the same for Coca-Cola plastic bottles or La Croix aluminum cans!) But conscious change, especially in a room that thousands of people go through daily, is slow.

Sign up for The Goods newsletter. Twice a week, we send you the best story stories of what we buy, why we buy it, and why it matters.