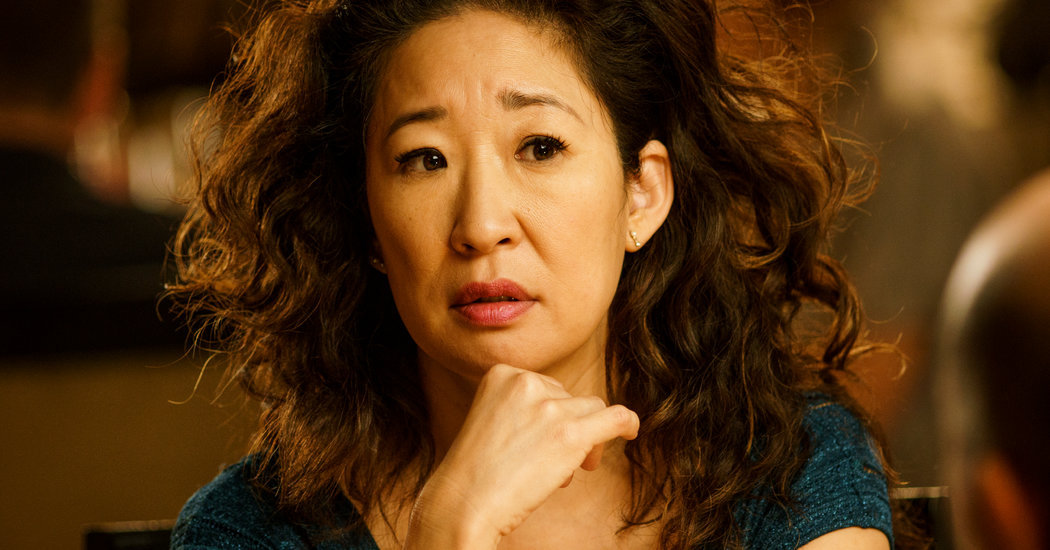 The team behind the BBC America series "Killing Eve", which hosted rave reviews earlier this year, has plenty to celebrate: The series received two Emmy nominations Thursday, one for Phoebe Waller Bridge, for outstanding writing for a drama series and another for his star, Sandra Oh. For her role as Eve Polastri, an M15 officer obsessed by a mercilessly beaten woman, Ms. Oh, who was born to Korean parents in Canada, is said to have made history as the first woman of Asian descent to be nominated for the Best Leading Actress in a Drama Series

On Thursday afternoon, Ms. Oh talked about her groundbreaking nomination and her feelings about the possibilities of a more diverse representation in Hollywood. These are edited excerpts from the conversation.

It is wildly imaginable that we will nominate you in 2018 as the first Asian woman nominated in your category. [19659010] Want to know something? Let's party, man. I'm serious, only [expletive] celebrate it. It's like this, we have to start somewhere, we have to start somewhere. And I am glad that this ball gets rolling, because I hope we will have presence next year, next year and next year. And the presence will not only grow for Asian Americans, from yellow to brown, but for all our other sisters and brothers, you know, our First Nations sisters and brothers. Our sisters and brothers in different sizes and shapes. If I can be part of this change, like [expletive] yeah, let's party.

[ Read about the nominations . | See the list of nominees .]

The theme of representation can be found everywhere in film and television, but do you feel that the paper is really changing? Or are you more cautiously optimistic?

I would like to try to find another word for "cautiously optimistic" because I am now and now for all my [expletive] life in this business realizing that the change is slow, right? Let's try again to celebrate it. And to be patient, maybe that's it – to be patient and to be relentless to make the difference. We can say the same for every kind of representation. It is still slow.

I mean, women [laughs] – can we talk about women for a second? The change is slow, but let's just move on with the change. I will not say that the tide has changed, no. But I feel like people are more open. And what I mean by people – I believe people who were in power, who were mostly white men, and people who are white, are listening now. They not only listen and are open, they strive for change. I feel like that has changed. I can feel it now because of the way I can say, "Hey, what's wrong with that, Hey, what's wrong with that?" Trust me, I'm relentless.

Your role in "Killing Eve" seems to be an example of how the tides are changing. Do you see other things behind the scenes regarding this openness that you feel?

It's slow, but it's building up. What I am waiting for in a much clearer way is the difference between its openness and its actual development. Say something to the Asian-American community: It's not that jobs are suddenly available, is it? We talk from the beginning where people are trained – that people are able to break free from a doctor and a lawyer and be free to become artists, you know what I mean? It is not just in Hollywood, it is in our own community, able to see that there is a place for us and that we come to this place. In a sense, it is difficult to enter this place unless we feel there is a place for us. The opening up of possibilities must not only be there, but also be much more muscular.

You have been nominated five times for your performance on "Gray's Anatomy," but that was for the best supporting actress. How was it for you to be no longer the best friend or the secondary character?

I take it very seriously to do the best possible work, and the truest work possible because I feel that way. This will resonate not only for me, but hopefully for an audience as well. And there just are not many types of images my community can benefit from.

It's not my main focus: My primary focus is to be the truest artist that I can be, that's it. Law? But I am fully aware of the meaning and take it very seriously because we need it. Not just for my community – and hopefully, what that means to be represented and seen – but also for the culture. We are part of it. Let us not only see ourselves but also let others see us.

Do you have a favorite moment that resonated with your exploration of your character, something that you discovered in her that truly delighted and amazed you?

Yes. In Episode 5, which is my favorite episode just before she meets Villanelle [the hit woman, played by Jodie Comer]Eve is found at a bus stop. And frankly, my favorite things are Eve's private moments because she's not so aware of herself, and it's always so juicy to act as an actor. And she's at this bus stop and she sees the window, there's a crack in the window, and for some reason she just wants to melt it, and she does it. At some point they released this scene, and I thought to myself: No, you have to resume this scene because it is directly opposite Villanelle. She has to break something. That was one of my favorite scenes.

Season 1 ended with such an intense note. Where do you see the show and your character coming from there in Season 2?

I want them to find each other again … I have a creeping suspicion that Eve will always wrestle with her own soul Soul explores darker parts of herself and parts she really needs to explore.