Santa Anita is not closed despite the last horse death 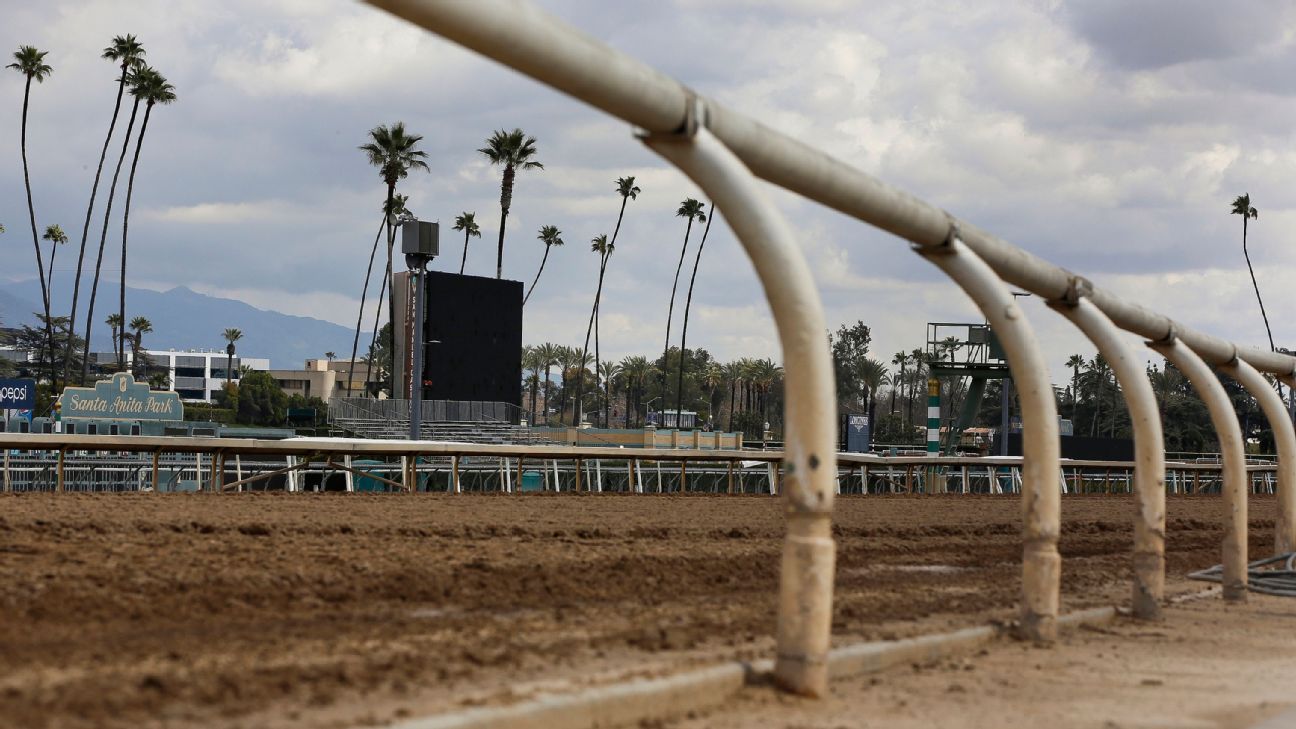 The California Horse Racing Board recommended Santa Anita Park to suspend the race for the remainder of the season after another horse died on Saturday.

"The California Horse Racing Board is not authorized to suspend a race meeting or remove race dates from a current race meeting without obtaining the approval of the racetrack operator or holding a public meeting with a notice period of 10 days," said the CHRB an explanation. "The Chairman, Vice Chairman and Executive Director recommended that Santa Anita's management suspend the race for the remaining seven days of the race, but continue to train the horses during this time, which would give the industry more time to fully implement the announced safety initiatives and possibly others.

"In our opinion, the Santa Anita management, in consultation with certain other industry stakeholders, believes that the future of California racing is best secured by the continuation of racing for a variety of reasons." 1

9659002] Santa Anita has been scrutinized since a plethora of horses died on December 26, 2018. Formal Dude, the 28th victim, broke his pelvis on Saturday after taking a bad step near the middle distance during the mid-season Last race on the map had Laut loud According to some reports, he was later pushed off the track that night and euthanized.

Formal Dude last raced on May 10 and was the morning favorite Last month, California Governor Gavin Newsom announced his support for California Senate legislation that would allow CHRB to suspend horse racing licenses. The Los Angeles Times wrote an editorial in late May asking Santa Anita to stop the race.

"The recent deaths of horses in California are unacceptable," Newsom said in a May statement. "We need to hold the horse racing industry accountable, and if we can arrange horse racing events, we should have the power to suspend licenses if the welfare of animals or humans is compromised."

The first 22 deaths in horses resulted in Santa Anita being closed on 5 March, not reopened until 29 March. Another horse died days after the reopening of the track, and then Santa Anita went nearly two months without known horse deaths. Since May 18, five more horses have died, including Formal Dude on Saturday.

An e-mail sent by ESPN to Santa Anita Park officials for comment was not returned immediately.