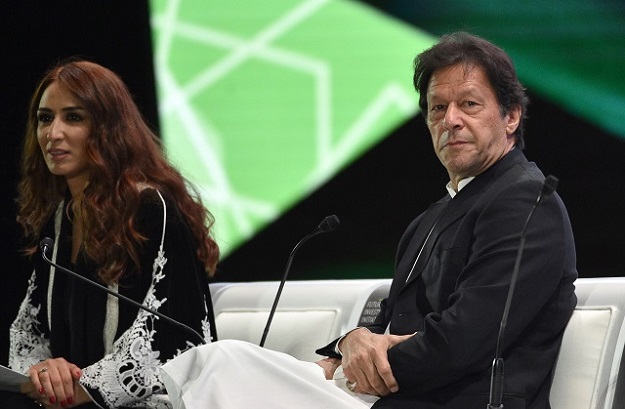 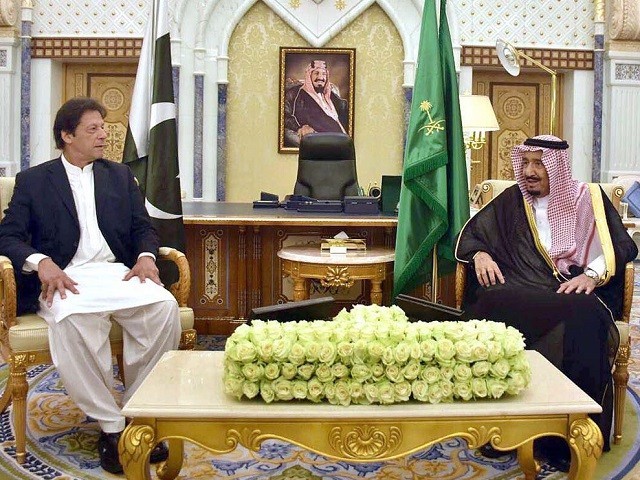 ISLAMABAD: Saudi Arabia has agreed to provide $ 3 billion in financial support to pull Pakistan out of the economic mire, the Foreign Ministry said Tuesday.

"A MoU was signed between the Ministries of Finance Minister Asad Umar and the Saudi Minister of Finance, Muhammad Abdullah Al-Jadaan," read the official statement.

"It has been agreed [that] Saudi Arabia will make a deposit of $ 3 billion for a one-year period as a credit balance of payment support."

The Foreign Ministry said that Saudi Arabia has a one-year Payment period for the import of oil up to 3 billion US dollars. "This agreement will last for three years, which will be reviewed afterwards," she added.

He called the move a significant step towards improving the country's labor force in Saudi Arabia and facilitating the travel of people from both countries.

This morning the Prime Minister addressed the conference on the special invitation of the Saudi King Salman bin Abdul Aziz in Riyadh.

The Prime Minister talked about finding loans to tackle Pakistan's economic crisis and how the government tried to create a favorable investment environment.

"We hope we can do a bit of both, get IMF credits, and other credits from friendly governments," the PM told attendees at the Riyadh Investment Conference.

The country also needs two oil refineries to meet demand, and they are talking with Saudi investors about the projects, said the Prime Minister
adding that Crown Prince Mohammed bin Salman is dispatching a delegation of Saudi businessmen to the country in Pakistan

The PM Imran told the audience that local and international entrepreneurs and fiscal officials are embracing that the immediate concern for his government is increasing exports.

Prime Minister Imran Khan in conversation with a moderator during the opening ceremony of the FII Future Investment Initiative Conference on October 23, 2018. PHOTO: AFP

The Premier shared his vision of investment opportunities in "New Pakistan". He said, "But the new Pakistan is actually the Pakistan that it should be, Pakistan was the only state, probably one of the two, in the name of an ideology that was Islam, so when we talk about the new Pakistan, go it was back to the vision of the founding fathers of Pakistan, and what the founding fathers of Pakistan were planning was a state based on the principles of the first Islamic state of Medina. " 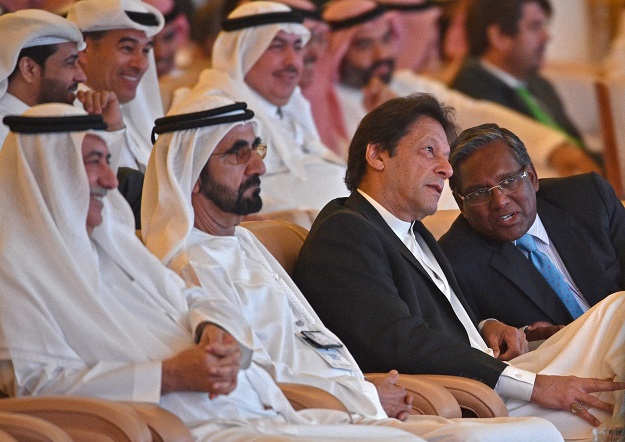 About relations with India said the prime minister had extended a hand of friendship to India. The movement, he said, had been rejected. He attributed this to anti-Pakistani rhetoric, which scored votes in India. Prime Minister Imran said he would try again after concluding parliamentary elections in the neighboring country

Asked about the role of women in his vision for Pakistan, he said women would repay loans at higher rates than men and be involved in microfinance for the lowest Government Flagship Housing Program 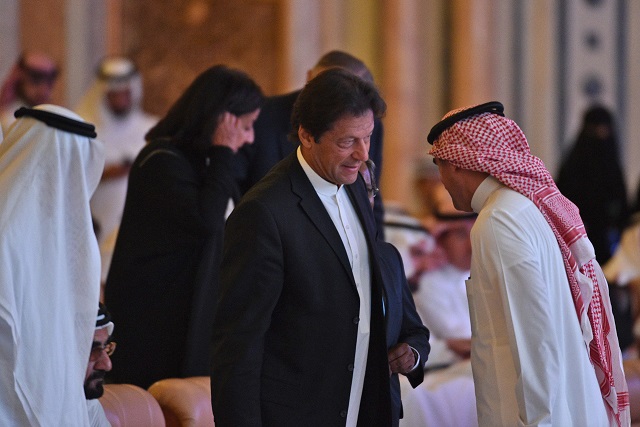 Prime Minister Imran Khan (C) arrives at the opening ceremony of the FII Conference on the Future Investment Initiative in Riyadh on 23 October. PHOTO: AFP

While a number of nations have boycotted. Www.wcc-assembly.info/de/theme-issu…duction.html In connection with the alleged killing Journalist Jamal Khashoggi at the Saudi Consulate in Istanbul is taking part in the event with PM Imran to project Pakistan's investment potential and interact with business leaders. Prime Minister Fawad Chaudhry will also hold a question and answer session with the Prime Minister

The governor of Riyadh, Faisal Bin Bandar bin Abdulaziz, the Pakistani ambassador to Saudi Arabia, Khan Husham bin Siddique and other officials have the PM Imran earlier in Riyadh received Tuesday. He had flown in from Madinah.

The government was "desperate" for potential Saudi credit for the economy, PM Imran said earlier on Monday. He told an interviewer before he went to the kingdom that Khashoggi's killing had affected him, he could not skip the conference because of possible help from Riyadh.

This is the second visit of the Prime Minister to Saudi Arabia in just over a month. But he has failed to receive financial support to avert a looming balance of payments crisis.

He told the Middle East eye in an interview that he could not escape the invitation to a meeting with Saudi "The reason I need to seize this opportunity is because we live in one country With 210 million people currently having the worst debt crisis in our history, "he said.

"Unless we get loans from friendly countries or from the IMF [International Monetary Fund] we will not actually have enough foreign currency to service our debts or pay our imports in two or three months, so we are desperate", he added.

Islamabad has already asked the IMF to begin negotiations on the country's second potential rescue in five years. Prime Minister Imran, who took office in August, sought alternatives to the difficult conditions that the IMF would impose on loans, thereby curtailing its vision of an Islamic welfare state.

The central bank's reserve assets fell to $ 8.1 billion this month. a four-year low and barely enough to cover the sovereign debt due by the end of the year. The current account deficit has grown to about $ 18 billion. The PM has blamed the previous government's policy for the widening current account deficit.