SBK, Bautista makes it back to Phillip Island! 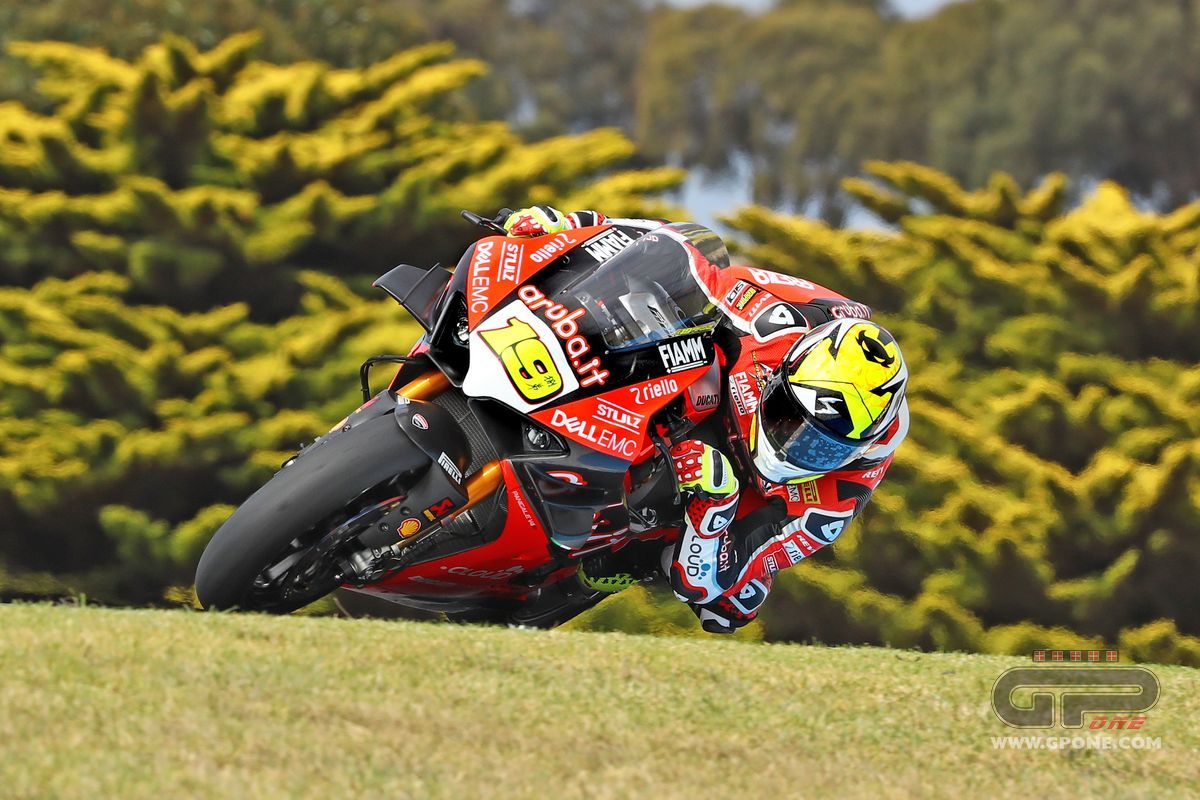 Alvaro Bautista was unstoppable on Phillip Island. We saw this yesterday, in the first race, before we got the Superpole in the morning and now the icing on the cake in Race 2. Anyone who thought a month ago that the Spaniard would start his season this way. Probably nobody!

The Aruba rider could not have gotten off to a better start this year and once again starred on the Australian circuit. During the afternoon's race, the Spaniard left his rival to pick up the crumbs, fought off an early attack by the Kawasakis and paused after just two laps.

Twelve seconds ahead of the finish line (eighteen to fifteen last corners) only confirms the Panigale V4's competitiveness this weekend: " an incredible weekend ̵

1; commented Alvaro – We worked really hard and I can only be satisfied with the result. I immediately had a good pace and we had earned the result .

The race took off behind the Aruba driver, Rea and Haslam a thrilling Kawasaki head to head that continued the line. It was the quadruple champion who won the KRT derby today: "This is one of the tracks I've always struggled on, but I've got the results I've been looking for. I can only congratulate Alvaro ". Leon decided on third place: " I am still sorry for the crash yesterday, but I am satisfied with what we have done today. It was a good fight with Johnny, and it's important to be in the top three here.

Marco Melandri also hoped for a podium and fought his way up behind the ZX-10RR motorcycles four laps to go. The Italian then dropped his pace, leaving van der Mark and Lowes in sixth place ahead of him. Behind him Chaz Davies on the Ducati almost thirty seconds from his team-mate on the last lap (until Bautista slowed just before crossing the line). The Welshman will be happy that the Australian round is now over, but there is work to be done before the Buriram round, which takes place in less than a month.

Leon Camier has flown the flag in the Honda camp, which could make up for yesterday's crash with a tenth place finish behind the Ducati of Eugene Laverty. The BMW was disappointing today, Reiterberger twelfth and Sykes only thirteenth, more than thirty seconds before the front. 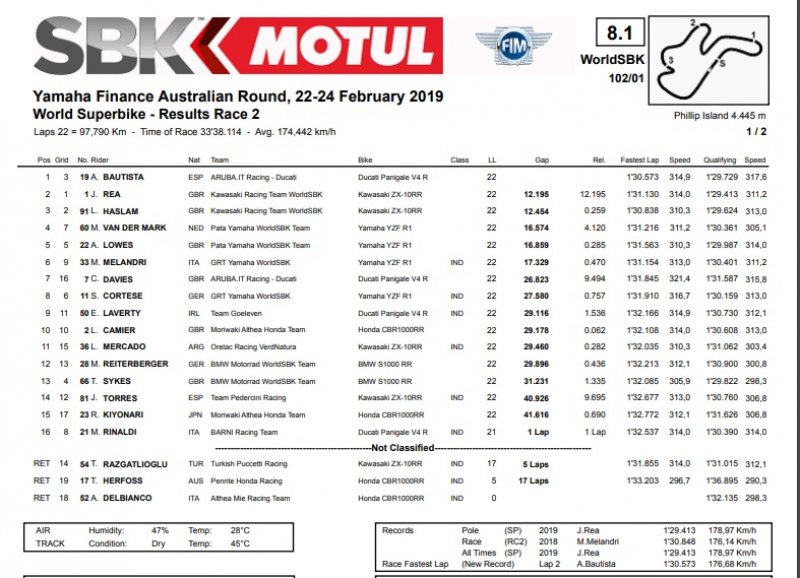