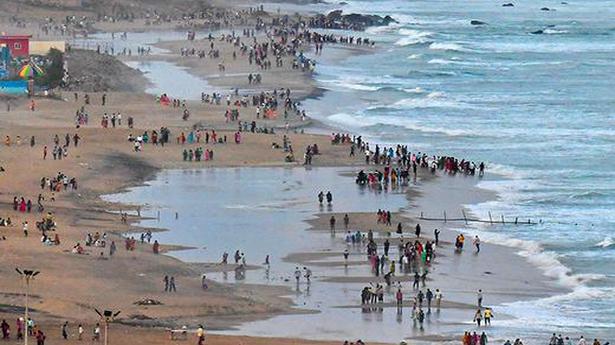 Scientists have created high-resolution maps of points around the globe where groundwater meets the oceans – the first analysis of its kind that can help protect drinking water and the seas.

Geophysical Research Letters, Ohio State University researchers in the US showed that nearly half of the fresh groundwater flows into the ocean near the tropics.

They also found that regions near active fault lines send larger groundwater volumes to the ocean than tectonically stable regions.

They found that dry and arid regions release very little groundwater, which opens up limited groundwater supplies in these parts of the world for saltwater intrusion.

The team worked with researchers from NASA's Jet Propulsion Laboratory and the University of Saskatchewan to combine topographical data from satellites and climate models to show the flow of groundwater on the shores of the world.

The findings could help coastal communities to better protect and manage their drinking water.

"The introduction of freshwater groundwater is a natural defense against saltwater intrusion," said Audrey Sawyer, assistant professor at Ohio State.

"It is a problem that dry regions release as little groundwater as they do, because these are the places people look for groundwater to meet their freshwater needs." said Dr. Sawyer.

The research, the first nearly global and spatially distributed high-resolution map of freshwater river to shore, could give scientists better clues on where to monitor groundwater runoff.

When Researchers Think About the quality of coastal waters and how water affects the biochemical composition of the world's lakes and oceans, they usually think of rivers and streams ̵

1; and for good reason Water that enters lakes and oceans comes from surface water sources. However, groundwater also plays an important role as it carries minerals and in some cases also pollutants into waters.

"If you've ever swum in a lake or in the sea in the summer and you're going through a cold spot, groundwater is likely to leak out. "

" And this is just one way groundwater influences surface water – in this case it affects the temperature, but also the temperature chemistry of the water. It can be difficult to measure these effects on a large scale, "he said.

The team began creating these images. The working group looked at groundwater and noted that little information exists on where groundwater is most likely to flow into the oceans.

The study found that groundwater in some parts of the world may pollute oceans and lakes with nutrients and pollutants other chemicals.

For example, groundwater may contain higher concentrations of nitrates – a major cause of harmful algal blooms – as well as high levels of mercury.

The study also found that the climate strongly influences groundwater flow and that cities in arid areas are particularly prone to contamination of saltwater aquifers.