Scientists have studied data from 125,000 years ago to find out how climate change affects sea levels 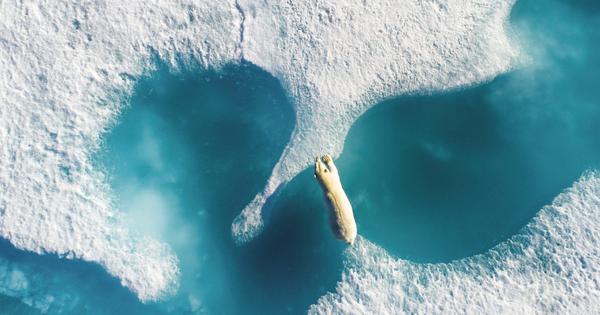 The sea level rose 10 meters over the current level during the last warm period of the earth 125,000 years ago. This emerges from new research results that provide insight into the current evolution of climate change.

Our article published today in Nature Communications shows that Antarctic melting ice was the main cause of sea level rise in the last interglacial period, which lasted about 10,000 years.

Rising Sea Level is One of Humanity's Greatest Challenges Climate change and informed predictions are critical if we are to adapt.

This study shows that Antarctica, long regarded as the "sleeping giant" of sea-level rise, actually plays a key role. The ice sheet can change rapidly and in a way that could have a huge impact on coastal communities and infrastructure in the future.

Earth cycles consist of cold seasons – or ice ages – during which large parts of the world are covered by large ice sheets, as well as warmer interglacials in which the ice thaws and the sea level is rising.

The Earth is currently in an interglacial era that began about 10,000 years ago. However, greenhouse gas emissions over the past 200 years have led to climate changes that are faster and more extreme than in the last ice age. This means that sea level rise in the past will only provide low predictions about what might happen in the future.

We examined data from the last interglacial age that occurred 125,000 to 118,000 years ago. Temperatures were up to one degree Celsius higher than today – as forecast for the near future.

Our research has shown that the ice melt in the last interglacial period caused the oceans to rise about 10 meters above the current level. The ice melted first in the Antarctic, then a few thousand years later in Greenland.

The sea level rose by up to 3 meters per century, surpassing the increase of about 0.3 meters in the last 150 years.

Ice loss in the Antarctic occurred when the Southern Ocean at the beginning of the interglacial warmed. This meltwater changed the way the oceans of the earth circulated, causing warming in the northern polar region and causing ice melt in Greenland.

The global mean sea level is currently estimated at more than 3 millimeters per year. It is projected that this rate will increase and that sea levels will rise to 70 to 100 centimeters by 2100 compared to 2000, depending on which route we follow.

Such predictions are usually based on the collected records of tides century and since the 1990s of satellite data.

Most of these projections do not explain any important natural process – the ice cliff instability – which is not observed in the short instrument record. For this reason, geological observations are essential.

When ice reaches the ocean, it becomes a floating ice shelf that ends in an ice ridge. When these cliffs become very large, they become unstable and can collapse quickly.

This collapse increases the discharge of land ice into the ocean. The end result is a global rise in sea level. Some models have tried to take into account the instability of ice cliffs, but the results are controversial. However, the results of these models predict rates of sea-level rise that are intriguingly similar to our recent recent interglacial data.

Our work examines records of sea-level changes that by definition encompass all relevant natural processes.

We studied chemical changes in fossil plankton shells in marine sediments from the Red Sea, which are reliably related to changes in sea level. Together with evidence of meltwater entry in the Antarctic and Greenland, this report shows how fast sea level has risen and how quickly various ice sheet contributions have been recorded.

Looking to the Future

What stands out about the last ice record is how high and fast the sea level rose above its current level. The temperatures during the last interglacial were similar to those predicted for the near future, which means that the melting of the ice sheets will affect future sea levels far more dramatically than previously thought.

The last interglacial is not a perfect scenario for the future. The sunlight was higher than today due to the different position of the earth to the sun. The carbon dioxide content was only 280 ppm, compared to more than 410 ppm today.

The decisive factor is that the warming between the two poles in the last intermediate ice did not occur simultaneously. However, today's climate change caused by greenhouse gases causes both regions to experience simultaneous warming and ice loss. This means that if climate change continues unabated, the dramatic rise in sea level in the Earth's past could only be a small taste of what is to come.

Fiona Hibbert is a postdoctoral fellow with Eelco Rohling, Professor of Ocean and Climate Change, and Katharine grant an ARC DECRA Postdoctoral Research Fellow; at the Australian National University.

This article first appeared in The Conversation .