Secrets of the biggest monkey that ever lived 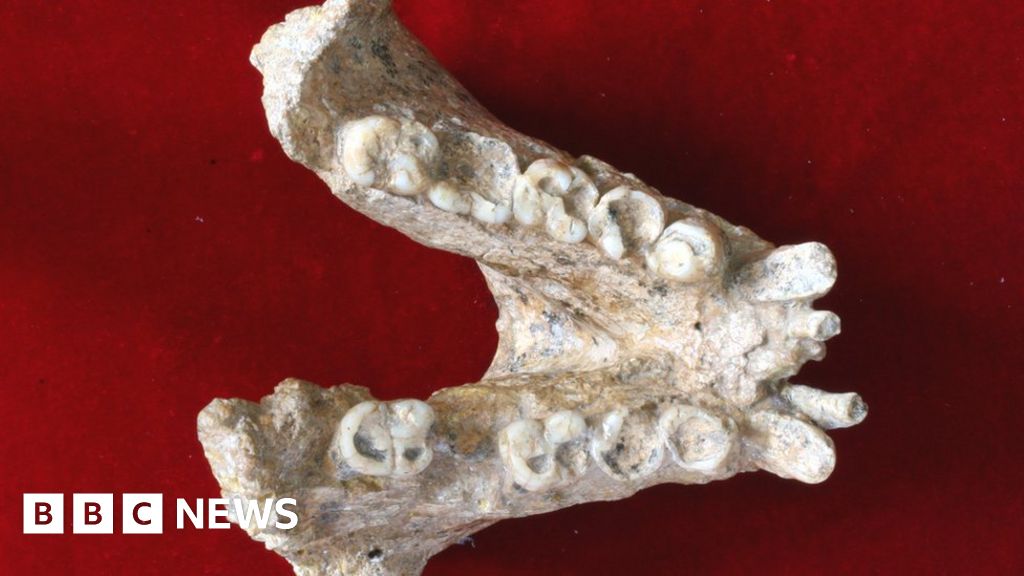 A fossil tooth, left by the largest living monkey, sheds new light on the evolution of monkeys.

Gigantopithecus blacki is supposed to be almost three meters high and tilt the scales at 600 kg.

] Surprisingly, scientists have obtained molecular evidence from a two-million-year-old fossil molar found in a Chinese cave.

"It would have been a distant cousin (of orangutans), in the sense that its closest living relatives are orangutans, compared to other living apes like gorillas or chimpanzees or us," Dr. Frido Welker from the University of Copenhagen.

The research reported in Nature is based on the comparison of the ancient protein sequence of the tooth of the extinct monkey, which is believed to be female, with today living monkeys. [19659017] & Amazing & # 39; Fossil monkey discovery revealed

The recovery of skeletal protein from a two-million-year-old fossil is rare, if not unprecedented, in the time of earlier ancestors, including those living in warmer regions.

In tropical climates, where samples tend to decompose faster, there is a much worse chance of finding ancient DNA or proteins.

This study suggests that ancient proteins could be a suitable molecule that survives in most areas of recent human evolution, even in areas such as Africa or Asia. In this way, we could in the future investigate our own evolution as a species over a very long period of time, "Dr. Welker told BBC News. [19659022] Extinction Notes

Gigantopithecus blacki was first identified in 1935 using a single-tooth specimen The monkey is thought to have lived in Southeast Asia two million years to 300,000 years ago.

Many teeth and four partial jawbones were identified, but the animal's relationship to other ape species was difficult to decipher.

The monkey reached massive proportions based on the analysis of the few bones he has had,

it is thought to be extinct as the environment changed from forest to savanna.

Rising temperatures are pushing Antarctica past the point of no return, warn scientists