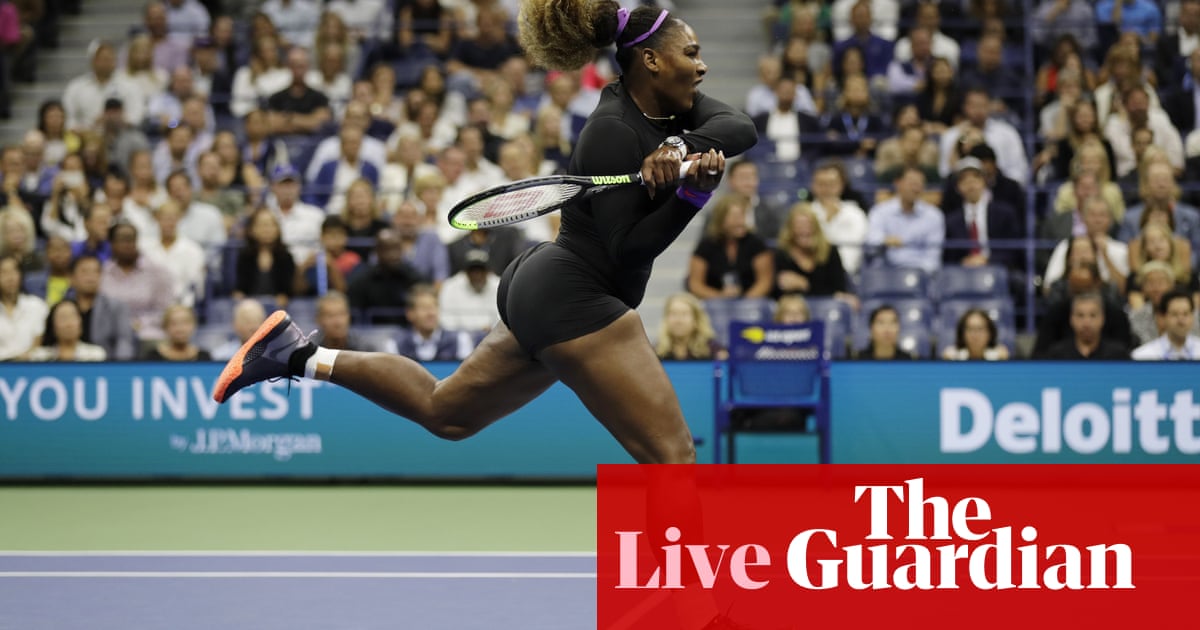 Shakespeare has written short pieces that are shorter than this description of an epic second game.

Svitolina races through the first three points. Williams wins the next and Svitolina makes a double mistake of 40-30. A strong Williams return brings it to a duel, then another strong return steals Svitolina as the ball whips past her to score a Williams breakpoint.

Back to Deuces. Svitolina misses her first serve and hits the ball angrily into the net. Williams wins the long rally in the second serve at an impossible angle. Another breakpoint.

But Williams's next return finds the net. Svitolina is only an inch away from an ace on the next serve, barely coping with Williams's forthcoming return, chasing all over the pitch as Williams gets in the net, and then beating Williams' ball. Bat and out. If she was going to do that, it was great. Advantage Svitolina.

The Ukrainian just can not finish a game. Your first serve goes for miles. Williams wins the second. Two.

Serve, return, Victor for Svitolina, and again she has game point. And this time she has double faults.

Williams returns for a long time. Advantage Svitolina. Williams pulls you deep into the corner. Two.

Finally, Williams meets a fierce backhand winner, then another. Pause.

Svitolina had three chances, the first game and four chances to win this one. She lost 0-2.

Elisabeth Stewart has some problems with the comments before the game some time ago: "Wow. Her little Serena bashing stupidity is a bit inappropriate. But oooo, the blonde Svitolina ̵

I just came back and did not notice any saliva, but thanks for the concern.