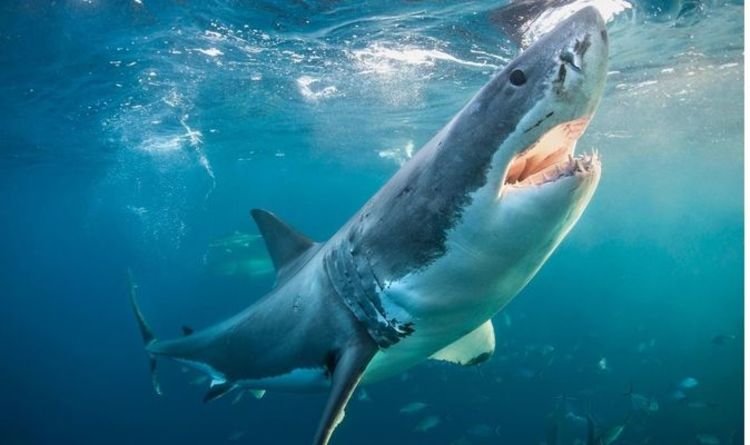 Florida International University marine ecologist Michael Heithaus dedicated his life to answering why the apex predators are attracted to volcanoes.

This can potentially allow sharks to swim to safety from a volcanic eruption.

This mysterious sixth sense can also enable sharks to search for other volcanic islands.

He said, “It looked like the sharks in the volcano were used to dealing with eruptions.

7;d think it was dangerous, but studies have shown that they can detect approaching hurricanes and cyclones so they can potentially know when something bad is going to happen and get out of the way.”

Professor Heithaus also believes that there is a significant correlation between sharks and volcanoes.

His studies took him to Réunion, where the active volcano Piton de la Fournaise is located.

There are so many sharks there that swimming has become illegal in recent years.

Eleven people have been killed in attacks since 2011, mostly from bull sharks.

Professor Heithaus believes these sharks took advantage of the fact that sediments were washed down from the volcano’s slope.

The cloudy water is an ideal hunting ground for the apex predators.

However, sharks have an overall positive impact on the environment.

A recent study found that sharks are functionally extinct on almost one in five coral reefs.

He said: “By far the greatest threat to sharks is overfishing.

“Too many are being caught, due to the demand for fins and shark meat.

“You will not go fishing around a volcano and probably some of the larger sharks that are predators will be less inclined to go in there.

“We may not know exactly why they are there, but the fact that we’ve seen so many in a relatively short period of time suggests this is an important place for these sharks.

“If it wasn’t a great place to live, they probably wouldn’t be there … who doesn’t like a hot tub?”