Sheldon Silver is convicted in the 2nd Corruption attempt 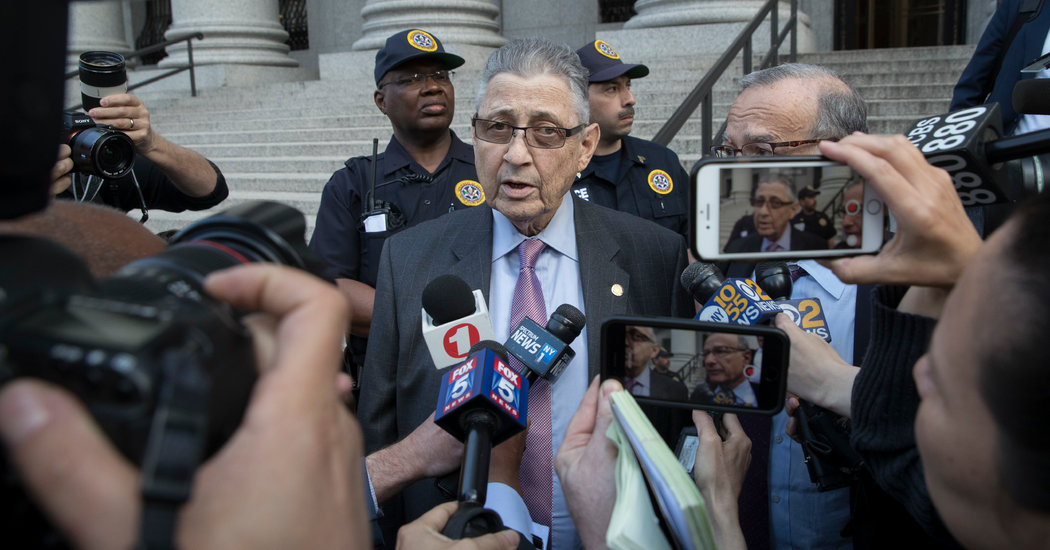 Mr. Silver spent more than two decades as Speaker of the Assembly and, along with Governor Andrew M. Cuomo and Dean G. Skelos, the former Majority Leader of the Republican Senate, was known as one of New York's "three men in a room" controlling him in Albany

Both Mr. Silver and Mr. Skelos missed seats at the end of 2015 after being convicted in separate corruption cases. But the convictions of both men were reversed last year.

Mr. Skelos is scheduled to be repeated in June. In the same month, another Albany-related corruption trial will begin against Alain E. Kaloyeros, the former president of the New York Polytechnic Institute. In this case, it is allegations made in Cuomo's official economic development plan, the so-called Buffalo-Billion.

The following month, the government will re-issue Norman Seabrook, the former head of the New York Correction Officers' Union, whose corruption case ended in misdemeanor in November after the jury was unable to pass judgment.

Geoffrey S. Berman, the United States Attorney for the Southern District of New York, cited the case as "the importance of prosecuting cases against corrupt politicians, regardless of the difficulty."

Mr. Silver had taken an oath to act in the best interest of the New York state, Berman said, adding, "As a unanimous jury found, he sold his public office out of private greed."

Governor Cuomo, a statement, said, "The judicial system shows that no one is above the law."

As in Mr. Silver's first hearing, the prosecution – a new team of Ms. Martins, Daniel C. Richenthal and Damian Williams – presented evidence that he had ordered that the State Department of Health Robert N. Taub two Awards a total of $ 500,000 in scholarships to a mesothelioma research clinic.