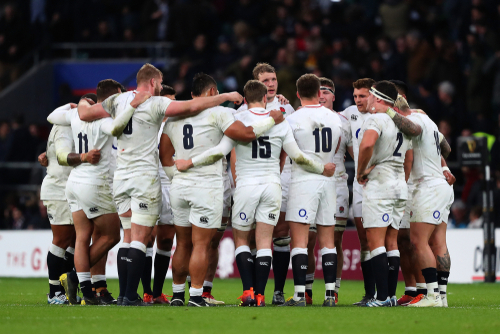 The 2020 Six Nations Championship is just around the corner and will mark the 21st edition of the tournament in its current format. With changes in management since the last major competition, the 2019 Rugby World Cup, and players competing in their respective domestic divisions, all will come to a head on February 1st. Defending champions Wales host Italy in the opening game, with Ireland and Scotland meeting later that day, and England travelling to Paris to take on France on the Sunday – you can find all the latest odds with Six Nations betting with Paddy Power. But in true New Year style, let’s take a look back at the last decade.

3: three is the magic number. Three teams have won the Six Nations three times in the last decade. England were first to complete the feat, with success in 201

7: the number of wooden spoons Italy have been awarded during the last decade. Since being invited to enter the competition in 2000, The Azzurri have finished bottom of the standings on 14 occasions. Conor O’Shea became head coach in March 2016 but has failed to win a single Six Nations match, with Italy losing every game at the 2017, 2018 and 2019 editions of the tournament. Under the coaching of Jacques Brunel, Italy last won a Six Nations match during round three of the 2016 competition. In beating Scotland 22-19 at Murrayfield Stadium, Italy finished fifth in the table, with Scotland being awarded the wooden spoon.

15: how many head coach changes there have been. Ireland have made the fewest changes to their head coach with Joe Schmidt replacing Declan Kidney ahead of the 2014 Six Nations; while Wales have made the most changes. Switching between Warren Gatland and Rob Howley – who took caretaker charge during the 2013 and 2017 tournaments – Wales have made four changes. Of course, ahead of the 2020 Six Nations, there are changes aplenty – with teams opting for replacements following the hangover from the World Cup. Of the six nations competing, four have changed their head coach since last year’s tournament. England’s Eddie Jones and Scotland’s Gregor Townsend are the only men still standing from 2019.

38: the most points scored in a drawn match. It was 38-apiece when Scotland met England at Twickenham last year. Both teams received a bonus point for scoring more than four tries, with England scoring five and Scotland six. It was the first time that England had conceded a bonus point since the rule came into play in 2017 – and were the last team to concede. Scotland took a hammering in the first half, going in at the break losing 31-7, but soon became the comeback kings. They broke their previous record of overturning the highest points deficit.

75: the most points scored by a single player at a single tournament. You have to go back to the middle of the decade and 2015 when George Ford scored 75 points for England. While the fly-half contributed to half of the Red Roses points, which ultimately made them top scorers, it wasn’t enough for a first-placed finish. In what proved to be a tight tournament, three teams (Ireland, England and Wales) finished on eight points with four wins and a loss from their group games. With the highest positive points difference of 63, Ireland were crowned champions – retaining their title.