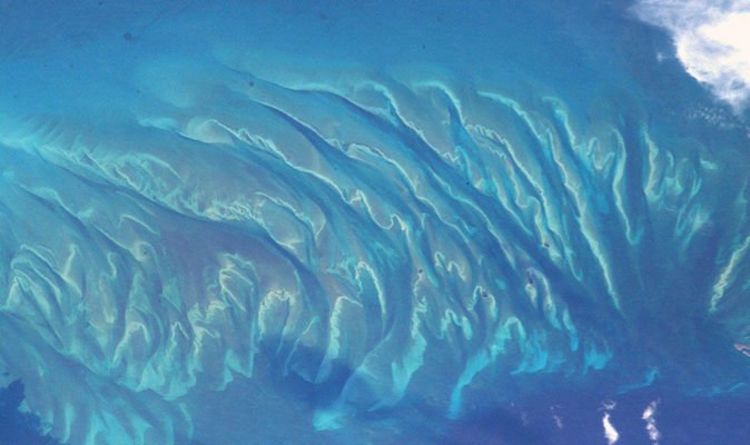 Luca Parmitano from Italy is one of the six astronauts currently orbiting the Earth on the International Space Station (ISS). The astronaut is about 402 km above our blue planet and spends his free time enjoying breathtaking views of the earth. Here, the astronauts photographed the azure waters and the snow-white sands of the Bahamas. The European Space Agency (ESA) astronaut has posted his photos online for his 595,400 Twitter followers.

On Wednesday, August 21, the astronaut made a picture of the Bahamas, which he compared to the works of the painter Hugo Pratt.

Parmitano tweeted in English and Italian: "Bahamas: The colors of a Corto Maltese adventure, the blue of a Hugo Pratt watercolor. #MissionBeyond "

A few days earlier, on August 1

8, the astronauts exchanged more photos of the complicated sandy structures in the Atlantic Ocean.

He tweeted, "When nature paints in watercolors: I've dreamed of such colors many times in the last six years … but even dreams are pale compared to the beauty of reality. #MissionBeyond "

Previously, the astronaut also made some images of swirling cloud formations or what he called them." Air Geometries " ,

The astronaut tweeted from space: "Air geometries attract my eyes and surprise me – sky, water and clouds in a game of ever-changing perfection. #MissionBeyond "

Mr. Parmitano arrived on the ISS on July 20 this year along with NASA astronaut Andrew Morgan and Russian Soyuz commander Alexander Skvortsov.

Together, the six astronauts live and work aboard the orbital lab – the largest artificial object that is brought into space.

The ISS flies around the Earth at an approximate speed of 7.66 km / h.

Because of these breakneck speeds, the ISS laps around the Earth approximately every 90 minutes.

READ MORE: See the Best Images of the Earth from Space

This fast cycle leads to 16 sunrises and 16 sunsets every day.

But life on the ISS is not always as idyllic as it may seem.

Because the astronauts live in a microgravity environment, they must exercise at least two hours a day to combat the effects of muscle wasting.