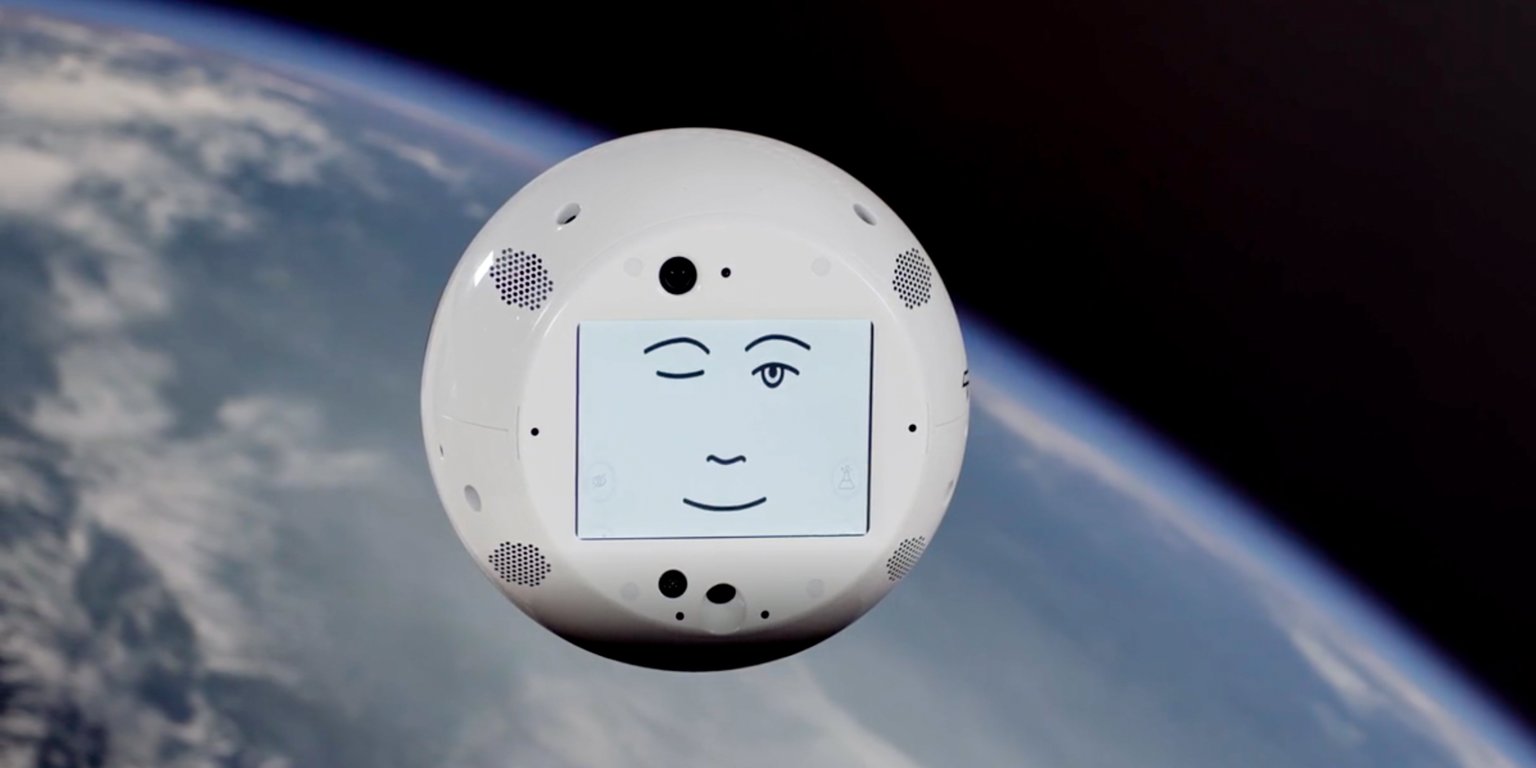 Just before dawn on Friday, SpaceX launched a spacecraft carrying nearly 6,000 pounds of cargo to the International Space Station.

The Dragon ship is due to arrive at the ISS on Monday and is mostly filled with scientific experiments, food, water and other supplies. But the mission includes a few extras for astronauts, including a flying, talking, interactive robot head.

The spherical device is called Crew Interactive Mobile Companion or CIMON and weighs about 11 pounds. It will use microphones and cameras to record astronauts, has a punchy digital face and can even make small talk.

"CIMON will be the first [artificial intelligence] -based mission and flight assistance system," said Manfred Jaumann, a payload engineer at Airbus (who helped build the robot) in a press release. He added that CIMON will be a "free-flying, kind of flying brain" that will interact, help and learn with astronauts.

Although CIMON is a long way from the HAL 9000 supercomputer in the classic science-fiction book and movie "2001: A Space Odyssey," its capabilities are nevertheless impressive.

The "brain" of the machine is powered by a version of IBM Watson – the software called "Jeopardy!" Master Ken Jennings and Brad Rutter win $ 1 million in 2011.

The CIMON project aims to investigate how astronauts are familiar with artificially intelligent creatures over long periods of time, according to NASA pre-flight information materials.

Training a floating head as a friend

CIMON was developed primarily by the German Aerospace Center in cooperation with IBM, the European Space Agency and other partners.

First, the only friend of the robot is the German astronaut Alexander Gerst, who started the space station on 6 June. CIMON's team trained the robot to recognize Gerst's voice over microphones and his face with cameras. In orbit, the machine will follow Gerst like a puppy and use an air propulsion system.

The robot has a stand-alone version of Watson AI in its memory banks. This means that CIMON can interpret data, respond to commands, solve problems, and usually be a useful little robot without an Internet connection – a tricky problem in space.

Gerst will unpack CIMON sometime after Monday and use the flying robot until October. During this time, Gerst will help solve basic problems and perform tasks such as a digital assistant.

CIMON has got three big missions, according to Airbus. One is to pass barley through a crystal growth experiment. The second is that CIMON looks at a magic cube through his camera and gives Gerst instructions on how to solve it. The final task is to record and assist Gerst while conducting a complex medical experiment.

"Experiments sometimes consist of more than 100 different steps," wrote Matthias Biniok, the leading Watson architect in Germany, in an IBM blog post. He said, "CIMON knows them all" – so astronauts should not have to worry so much that they miss a step.

In addition to the experiments, CIMON is equipped with sensors that can warn astronauts of dangerous conditions when they are not near a computer console.

"It can also serve as an early-warning system for technical issues," Airbus said.

CIMON will initially interact with a neural network and learn from Gerst.

The data collected could influence the programming of future robot assistants, who in turn could assist astronauts and ease the boredom of long journeys to the Moon or Mars.

"Social interactions between humans and machines, between astronauts and assistance systems with emotional intelligence could play an important role in the success of long-term missions," Airbus said.

Ultimately, the CIMON technology could even find its way back to the ground.

"We assume that assistance systems of this kind have a bright future here on earth, for example in hospitals or to support care," said Biniok.

If you wonder how close we are to "2001: A Space Odyssey," astronauts named "Dave" will no longer fly to the space station in the near future, according to NASA.