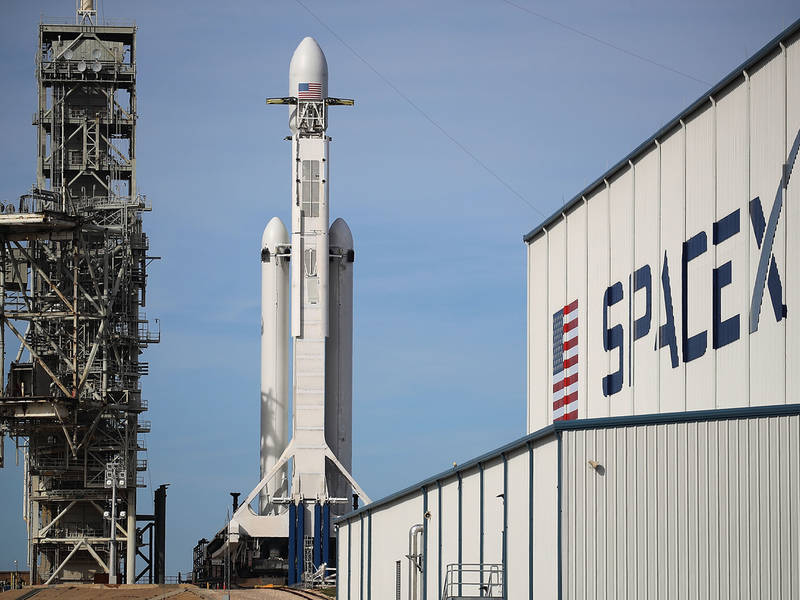 MANHATTAN BEACH, CA – SpaceX sees in an 18-acre site in the Port of Los Angeles, a future facility to build commercial transport vessels that are so huge they need to be moved on the water, reported Tuesday , Los Angeles' Board of Harbor Commissioners approved an environmental review of the proposed project on Terminal Island last week, paving the way for a potential 10-year lease with the possibility of up to two 10-year extensions, the Daily Breeze reported [19659002] The Hawthorne-based rocket builder already leases 8.1 hectares in San Pedro's Outer Harbor, where rocket boosters and other spaceships returning from orbital missions can be docked.

But the new facility at the former Southwest Marine Shipyard would be used to develop and manufacture prototypes and models of the first generation of specialized transport vessels, "states Breeze in a project brief. [Billionaire] billionaire Elon Musk plans to launch a space rocket Designing BFR for missions to Mars and transporting passengers around the world in record time.

Neither SpaceX nor port officials would detail plans for the site, but they confirmed that, according to the Breeze, the talks have begun.

"On Statement by Mayor (Eric) Garcetti has added the port with SpaceX preliminary negotiations for this site, "said port spokesman Phillip Sanfield of the Breeze.

SpaceX spokeswoman Eva Behrend added that the company" is in preliminary talks with the port of LA about the potential of renting additional land for Operation is. "

According to a project description in a California Environmental Quality Act Review," the ships, once completed, would be too large for delivery on the road and must therefore be taken over Lieferbarge, thereby arranging the facility next to the water must become.

1; FEBRUARY 5: The SpaceX Falcon Heavy Rocket sits on launch pad 39A at the Kennedy Space Center as it launches The rocket, the world's most powerful rocket, is due to make its maiden flight from 1:30 to 4:30 pm Tomorrow. (Photo by Joe Raedle / Getty Images)

Get the Manhattan Beach Newsletter