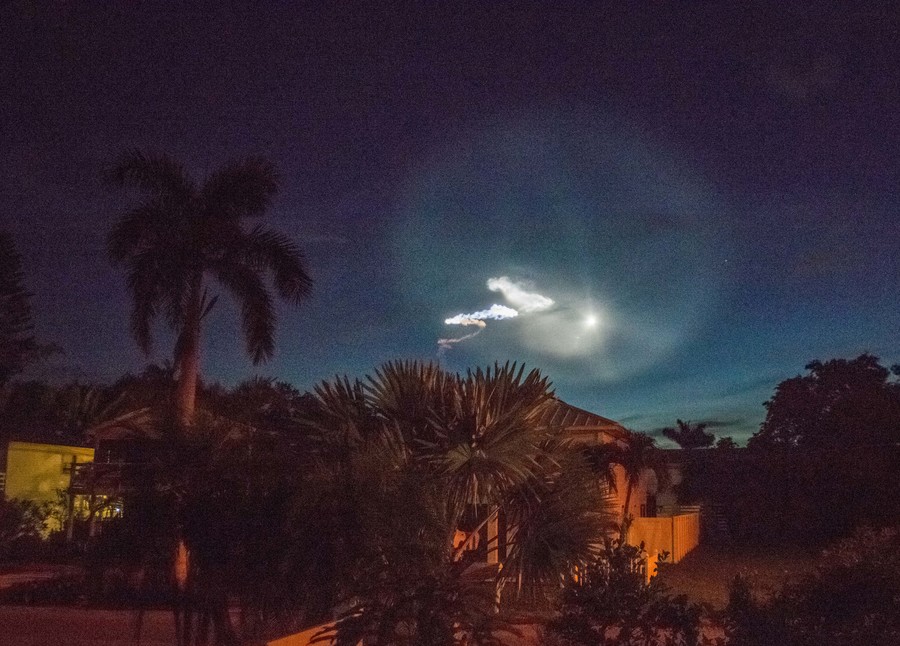 Many residents resorted to Fox 4, wondering what the strange sight in the sky was. [41959002] At 5:42 am, Space X launched its fifteenth commercial replenishment mission to the International Space Station with a Falcon 9 rocket to bring the Dragon spacecraft to the space station.

According to Derek Buzasi, a professor of physics and astronomy at Florida Gulf Coast University, the timing of the launch caused a scary sky effect over Florida, as the contrails from the rocket were so high in the sky that they were lit by the sunlight, though it was still mostly dark

A similar launch created the same effect over Florida in 201

Another launch caused a stir in December 2017 in California.

Take a look at the Space X broadcast of the launch: