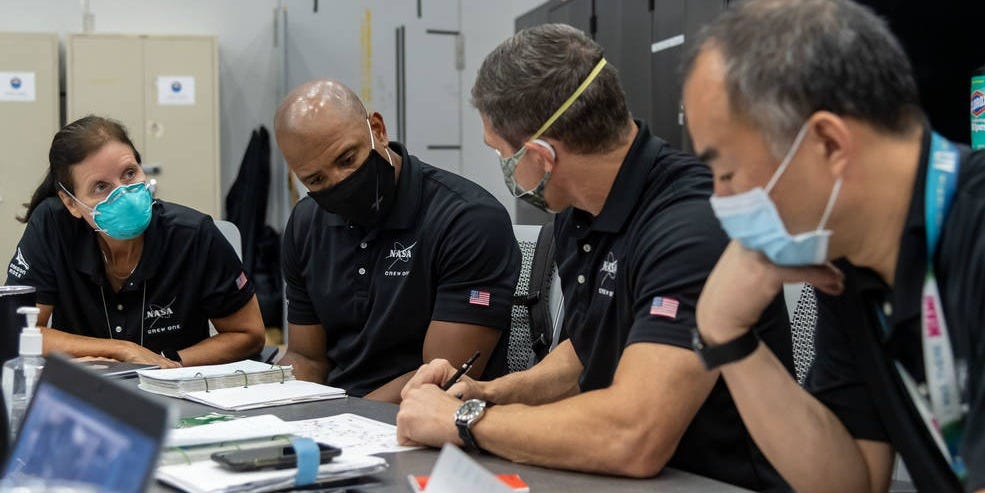 When NASA astronauts Bob Behnken and Doug Hurley landed in the Gulf of Mexico after a fiery plunge through the earth’s atmosphere, people around the world were relieved – including a group of four other astronauts in Houston.

The success of the mission, a high-stakes test by the SpaceX spacecraft Crew Dragon, showed that NASA could successfully work with the company to fly astronauts to and from the International Space Station.

“It was all a very emotional event for all of us – to see our colleagues, our friends, coming home safely,” Walker said in a press conference after the landing. He added: “We are very happy that it went as smoothly as it was, because it really shows how successful our mission will be if we get a chance to start it.”

NASA and SpaceX plan to launch at least six missions to the ISS (without this current demo) using SpaceX rockets and the Crew Dragon capsule. The partnership frees NASA from its trust in Russian Soyuz spaceships, which recently cost up to $ 90 million per seat. NASA has been unable to launch astronauts in American systems since 2011, when it ended the space shuttle program. A seat in a SpaceX shuttle is expected to cost $ 55 million (excluding the funding NASA has given the company to develop the Crew Dragon).

The success of the recent mission ushered in “a new era in space,” said SpaceX founder Elon Musk on Sunday.

Crew 1 astronauts plan to stay on the ISS for six months. During this time, they will conduct spacewalks, conduct scientific experiments, and work on the regular maintenance of the station. Like other crews, they bring a variety of expertise and backgrounds to their work.

Hopkins, the mission commander, grew up on a Missouri farm and was a special assistant to the Vice Chairman of the Joint Chiefs of Staff before becoming an astronaut in 2009. As Colonel of the Air Force, he served as a flight test engineer. He spent 166 days on the space station in 2013.

Walker, a mission specialist, was born in Houston, Texas, and was hired by NASA in 1995. She worked on robotics hardware and other initiatives before being selected as an astronaut in 2004. In 2010 she spent 161 days on the ISS.

The crew’s pilot Glover was selected in 2013 as part of NASA’s 21st astronaut class and served as a legislative fellow in the U.S. Senate. He is a former naval commander, aviator and test pilot with over 3,000 flight hours – but this will be his first space flight.

Noguchi, who will also act as a mission specialist, is an aerospace engineer from Japan. As a former boy scout, he was selected as an astronaut in 1996 and has spent 177 days in space.

If the mission of Crew 1 goes as planned, Noguchi will have flown with three different spaceships: He has also flown with Russia’s Soyuz and the US spacecraft. As a JAXA astronaut, Noguchi is the only non-NASA member of Crew-1. Part of the motivation for the NASA-SpaceX partnership was to allow space agencies in other countries to buy seats, further loosening the Russian space monopoly.

“We have a lot of diversity in this crew, and my little contribution to this great team is experience,” Noguchi told reporters during a post-splashdown conference on Sunday.

McArthur, who will steer the ship, is also Behnken’s wife.