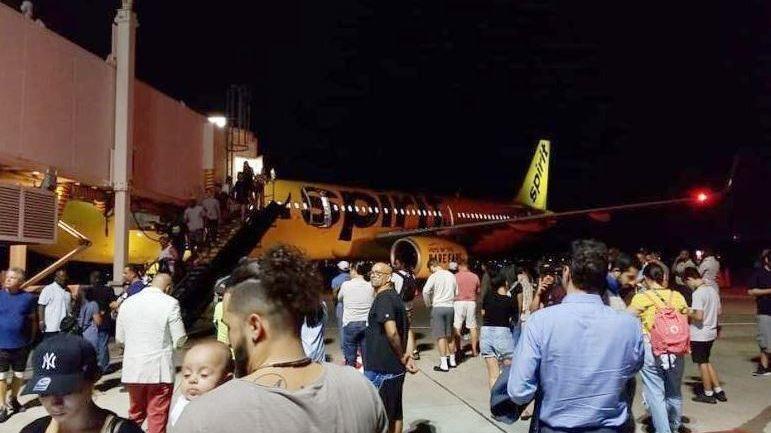 A flight to Fort Lauderdale from LaGuardia Airport in New York which is diverted to Myrtle Beach, South Carolina.

A spokesperson for Miramar-based Spirit Airlines said the flight was diverted after "an odor developed in a section of the aircraft" Fort Lauderdale, WPDE reported.

At midnight, the Myrtle Beach Fire Department said "no substances have been found after extensive Monitoring of the aircraft. "

The diverted travelers eventually arrived at Fort Lauderdale-Hollywood International Airport shortly before 5 a.m., according to WPLG-Ch. 1

One passenger, Steven Costello, said the incident was alarming.

"Real bad, we did not even know what really happened," Costello told the station.