Stanford nurse surprised to learn colleague was baby she has rescued 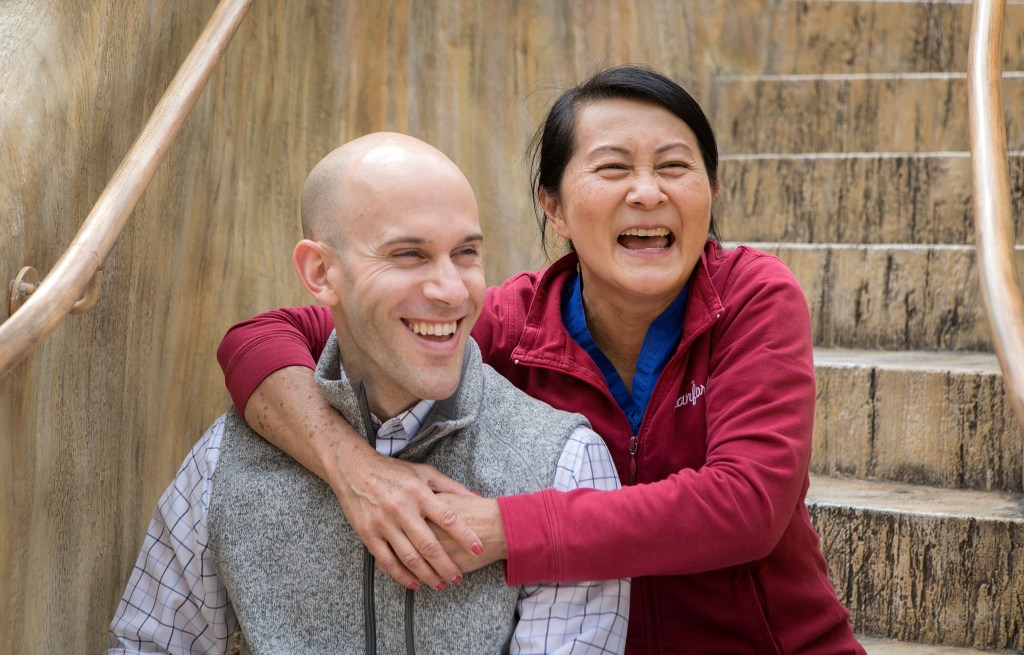 PALO ALTO – Something happened last month that showed how a neonatal intensive care nurse, Vilma Wong, with her impossibly tiny patients, holds out even after 32 years of work.

All medical personnel must check their premature babies, check in their fragile bodies by feeding them to their cribs

"Who are you?", she asked the second grader Brandon Seminatore, who completed a training as a child neurologist.

"His last name sounded very familiar," she recalled. "I kept asking where he came from, and he told me that he came from San Jose, California, and that he was actually a premature baby born in our hospital, and I became very suspicious because I remember To be the primary nurse of a baby with the same last name. "

To confirm her guess, she asked him if his father was a police officer.

"There was a big silence," she said, "and then he asked if I was Vilma."

1; among the tens of thousands of children who have since crossed the unit. She and his co-sister Kas Pilon are legendary in his family for their kindness and loving caring.

"Meeting Vilma was a surreal experience," he said. "She cares deeply about her patients, to the point that she remembered a patient's name almost three decades later."

Seminatore weighed only two pounds and six ounces – the size of a small pineapple – when he was hunted in April 1990 after his mother's emergency C-section to the neonatal intensive care unit, known as NICU (pronounced NICK-U) [19659011] From the left, Pediatric Resident Brandon Seminatore and registered nurse Vilma Wong respond while Wong tells her child's story Clash at the Lucile Packard Children's Hospital in Stanford, where they work, on Thursday, August 30, 2018, in Palo Alto, California , Wong and Seminatore reunited decades later, after Wong had taken care of Seminatore when he was born 13 weeks early to the hospital. (LiPo Ching / Bay Area News Group)

Now he weighs 134 pounds more and at 5-foot 8 is significantly larger than the 5-pound, 2-ounce baby who left the hospital after more than 40 days in the unit. But he has the same dark eyes and the same alarming expression.

When Seminary's mother heard that he was undergoing a month-long rotation in the neonatal intensive care unit, she urged him to inquire about both women.

"They were the most wonderful nurses," said Laura Seminatore, who was a kindergarten teacher in 1990 when her only son was born and is now the director of the St. John Vianney Catholic School in San Jose. "They helped us calm many of our fears."

Seminatore had a similar one-month stay in the ward last year, unaware that the nurses were both working there from the start, saying he had not asked whether they have either moved on or retired, Wong, now 58, said she loves her job and does not want to retire.

As soon as Seminatore realized that he had found Wong, he immediately wrote to his parents, and it was not long before his Father, retired San Jose policeman David Seminatore, picked up an old family photo album and found a picture of Wong hovering Seminatore on her lap.

In the photo, Brandon had just removed the breathing tube and looks remarkably chop. At that time he could eat alone and began to thrive, Wong recalled.

For years, until Seminatore was 11 or 12 years old, the family took part in the annual reunion of the NICU, which will take place later this month for families whose children have been treated there. Brandon has two younger sisters who were also born in the same hospital.

Seminatore, who lives with his husband across the street from the hospital, says it's unclear how much his own story involved in his decision to be a healer, even though he said it could be a factor.

It was a pleasure for Wong to meet Seminatore for the second time.

The heartwarming story the hospital has posted on its Facebook page has been shared more than 3,000 times, drawing more than 700 eulogies. Some messages come from other families who lovingly remember "Aunt Vilma".

"Vilma was like my son's second mother," said a woman.

Even those who never met them were touched.

The world needs more Vilmas, "one said." Thank you for everything. "

According to Pence, the CDC should relax the guidelines for resuming work for some who isolate themselves