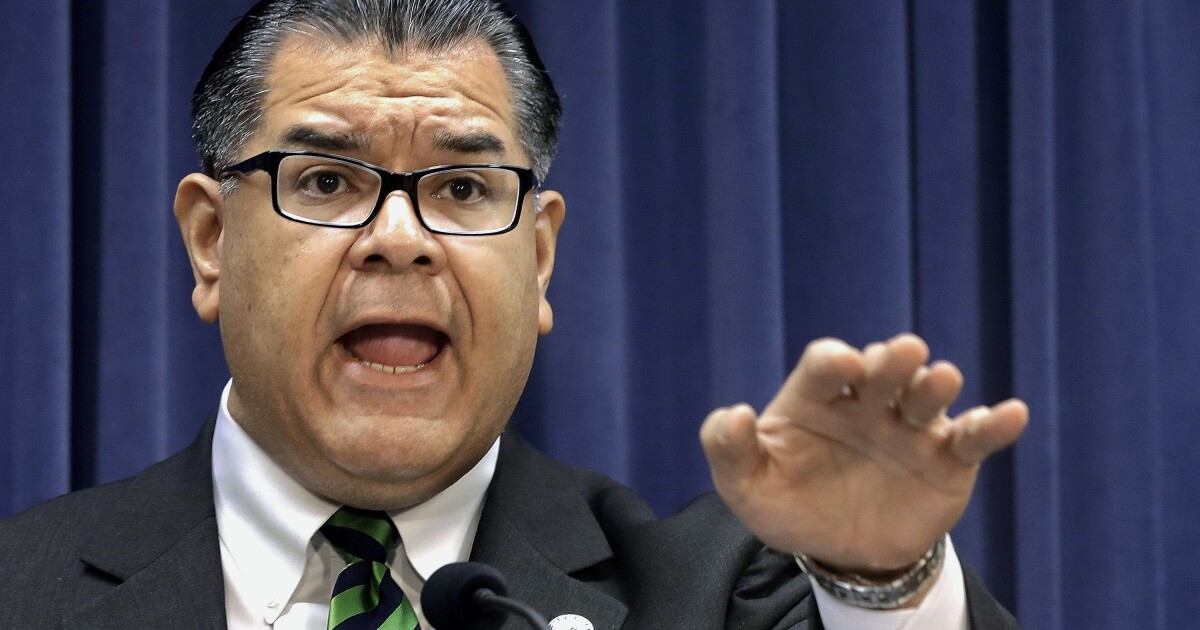 P Hotos from a fundraising campaign for a Democratic senator in Illinois surfaced over the weekend, showing a fake assassination of President Trump, leading to apologies and condemnation.

The photos of a fundraiser for Sen. Martin Sandoval were originally published by a woman on Facebook who participated in the event and shows a man pointing with a false weapon at someone with a trump mask and a Mexican costume. The donors paid at least US $ 250 for the Sandoval Golf Outing in Winfield, Illinois, just outside of Chicago.

Sandoval, 55, poses with the man holding the wrong weapon in his hand, though he is not visible in the photo of the wrong murder. It is unclear whether Sandoval was aware of the faked murder.

Sandoval, chairman of the Senate Transportation Committee, apologized by e-mail.

"The incident that happened is unacceptable," he said. "I do not tolerate any violence against the President or anyone else, and I apologize for the fact that something happened at my event."

The Democratic Governor of Illinois, JB Pritzker, condemned the photos on Saturday night.

"While our nation is dealing with the epidemic of gun violence, it is insensitive and wrong to deliberately target a wrong weapon on someone, "said Pritzker." I condemn actions like those shown in the pictures because they lack the courtesy required by our policies. "

Tim Schneider, chairman of the Illinois Republican Party, demanded that the person holding the gun be fired when working as an employee or volunteer.

" The apology of Senator Sandoval for the despicable pictures of his event, which is a murder of President Trump, is too little, too late, "said Schneider by ei a speaker. "Dangerous images like this are condemned by people with sound minds and considered inappropriate. A mentally unstable person who wants to harm President Trump could find it as an inspiration.

Kellyanne Conway, a top Trump consultant, went to Twitter on Sunday to condemn the photos and wrote, "Every Democrat should be asked if he supports or rejects them.

Sandoval has been a member of the Illinois Senate since 2003.