Stephen Jones – Players must stand to be a cowboy 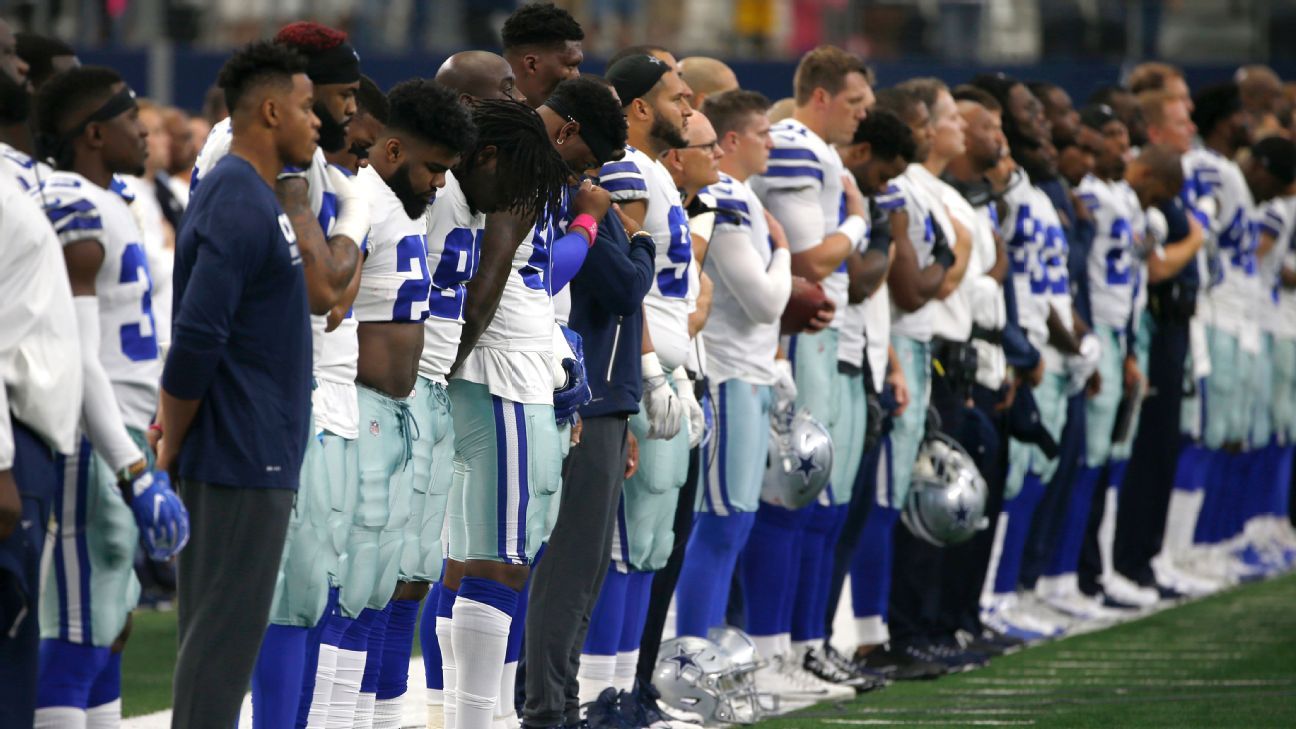 Dallas Cowboys Executive Vice President Stephen Jones went one step further Thursday to discuss the team's position on the national anthem and said in a radio interview that players should stand "if they want to become Dallas Cowboys."

Jones told KTCK 96.7 FM that the team supports the players' viewpoints, but these issues should be set aside as they represent the cowboys.

Jones added that players would be penalized for staying in the locker room for the anthem, which had been allowed as an election under the NFL's new anthem policy, which has since been pending further discussion between the league and the players chaft was stopped.

Stephen Jones & # 39; Comments were also made one day after Cowboys owner Jerry Jones said he expects players to have their "toe on the line" while the anthem stands and stands on the field.

President Donald Trump, who has regularly urged the NFL for players to stand during the anthem, congratulated Jerry Jones for his comments in a Friday morning tweet.

Way to go Jerry. That should do the league! https://t.co/yEP1jK57xi

Jerry Jones said Wednesday that he wished the president did not have the anthem so often Bringing up the language he does.

At the Spring Visitor Meetings, the NFL announced a new policy that would oblige players on the sideline to stand for the anthem. Players who do not want to stand can stay in the locker room. In the past, politics stated that players should stand, but it was not necessary.

Last week, the League and the NFL Players Association issued a joint statement that "no new rules on the anthem will be issued or enforced for the next few weeks" as both sides continue to discuss to find out how to move forward.

Representatives of the NFL and NFLPA have scheduled a meeting in New York on Friday as part of their ongoing discussions about player protests, a source told ESPN's Dan Graziano.