Steve Bannon will set up a foundation to strengthen European rights. 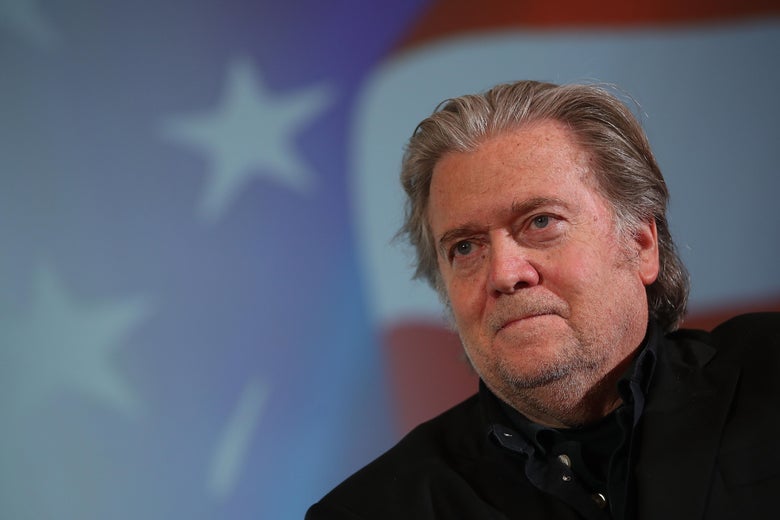 Steve Bannon, the former White House chief strategist, is preparing for a very Europe-centered Future ahead. Bannon told the Daily Beast that his plan is to offer the Open Society Foundation of George Soros its own populist organization, which he says will be called The Movement. "Soros is brilliant," Bannon said. "He is evil, but he is brilliant."

Just as Bannon imagines, The Movement will seek to assist right-wing extremist candidates across the continent and assist them in elections and embassies. The aim is for the Foundation to make its mark in the European Parliament elections next spring. Bannon's vision involves forming a right-wing "supergroup" in the European Parliament, which could include as many as one-third of lawmakers. "A united populist bloc of this size could seriously disrupt parliamentary procedures and possibly give Bannon a tremendous power within the populist movement," the Daily Beast explains. After the midterm elections in November Bannon himself wants to spend about 50 percent of his time in Europe.

The news is not surprising given that Bannon has been traveling to Europe since his fall from the White House in August 2017 to support right-wing extremists and groups. "I'd rather rule in hell than serve in heaven," Bannon told The Daily Beast. Earlier this year he raised his eyebrows when he told a rally of the far right in France that they should be proud to be called racists. "Let them call you racists," Bannon said to members of the French National Front Party at their annual congress. "Let them call you Xenophobia, let them call you Nativists, wear it as a badge of honor."

Bannon expects to start relatively small with the organization that is likely to have its headquarters in Brussels. He will hire staff in the coming months, but expects that before the European Parliament elections in May 2019, there will be less than 10 full-time employees. If all goes well, the goal is to increase that number to 25.

If you think that Slate's work is important, become a member of Slate Plus. You will receive exclusive member-only content and a number of great benefits – and you will help secure the future of Slate.

The castle of Axayácatl, Hernán Cortés house is located in Mexico City