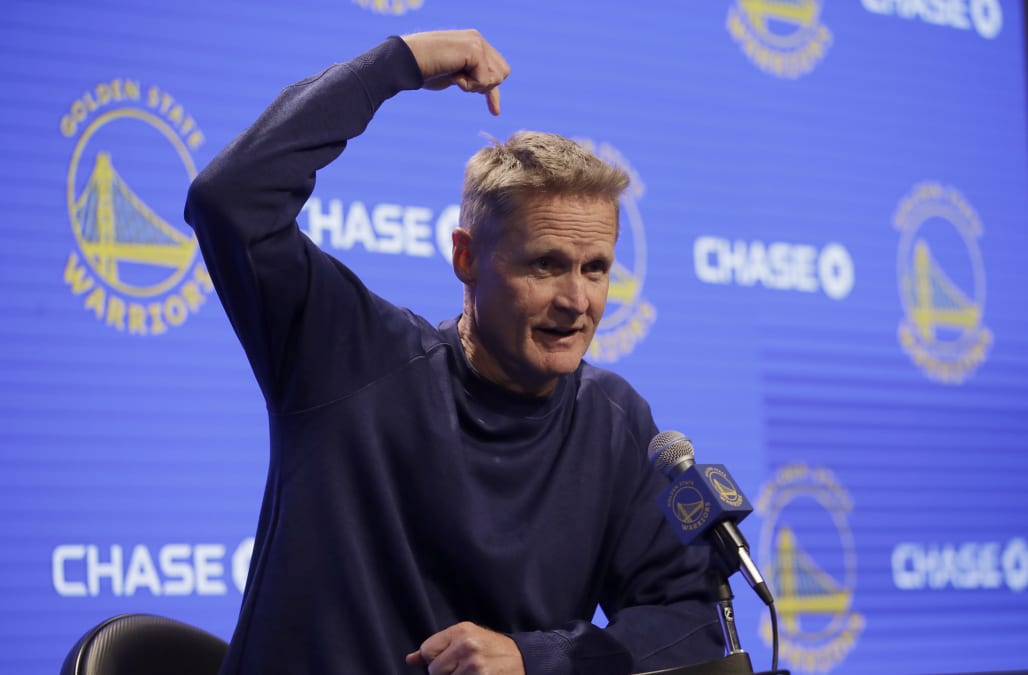 Golden State Warriors head coach Steve Kerr was not fazed by President Donald Trump's accusations that he acted like a scared "little boy" when asked about the NBA's developing situation with China. Monday.

"Actually I do not," Kerr said when asked if he has thoughts on the controversy. "It's a really bizarre international story. A lot of us do not know what to make of it.

Kerr was asked about the response during media availability Thursday. Trump Wednesday.

He went on to ruminate on his meetings with five previous Presidents, one of which happened shortly after his father was shot and killed in Beirut when he was president of the American University of Beirut. Kerr continued on to say he does not stop commenting on issues "near to his heart," like gun safety.

Astros with the largest division deficit since 2016; Three reasons Houston is slow to start

Heart inflammation the next COVID-19 hurdle for college leaders