Steve Mills, president of Knicks, says the front office does not make ten games happy in the season 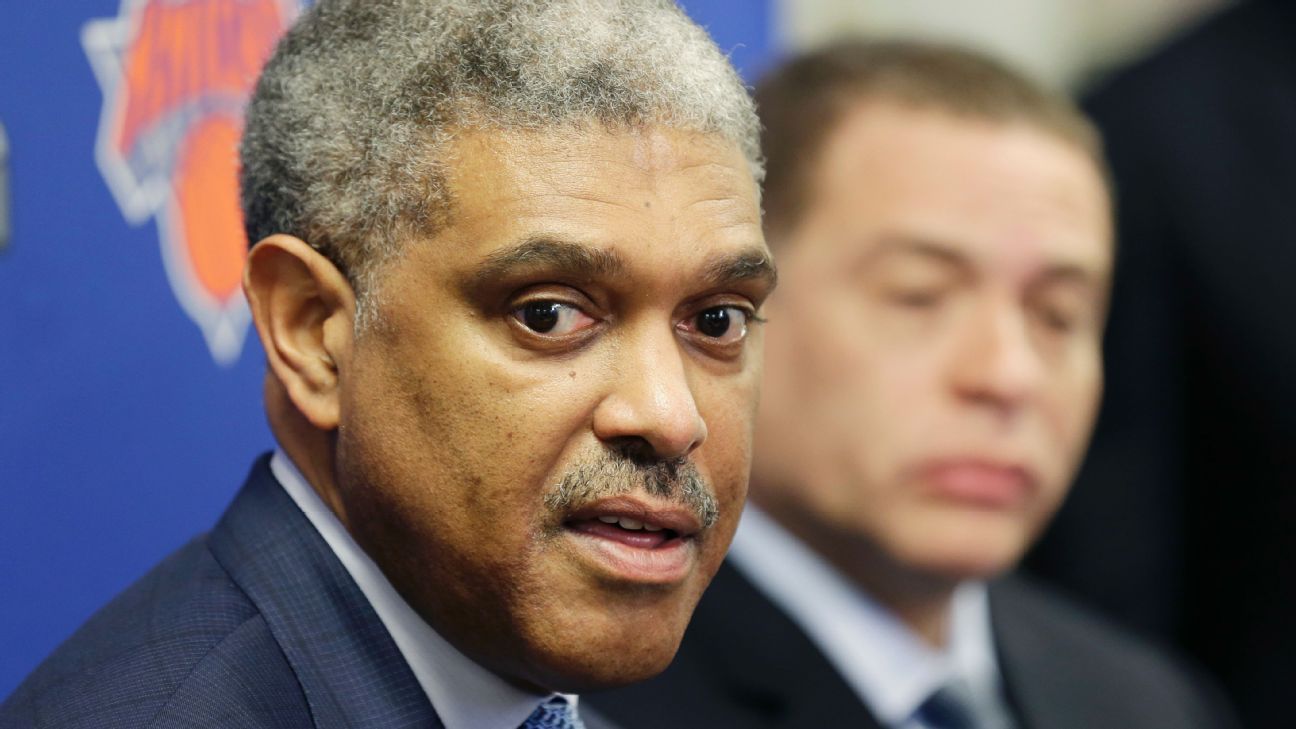 Following a 21-point defeat at home to the Cleveland Cavaliers on Sunday, New York Knicks president Steve Mills and general manager Scott Perry turned to the media to express their displeasure over the team's struggles.

"We're not satisfied with the location," Mills said. "This is not the point we expected – 10 games in."

The defeat on Sunday saw the Knicks drop to 2-8 in the season. It was her third defeat by at least 20 points in the last four games and second in Madison Square Garden during this period.

The Cavs opened the second half in a 18-6 run and led the Knicks up to 30 points in the third quarter. After a quick break from Collin Sexton with less than seven minutes break in the quarter, the fans booed the Knicks.

Perry said the team has not shown consistency in its efforts.

"I think the constancy is missing, the most part we've seen, but you also see sporadic efforts," Perry said. "That's what we talked about during this game and we wanted to talk to you, among other things, because we have to be consistent in all areas of the game, starting with the effort."

Still, "We have patience and believe in Coach," Mills said. "And we believe in the group we've put together, but we also know that, as Scott and I have said many times before, we need to find a way to achieve a consistent level of effort and execution."

"I have to admit that our domestic consistency is not there," Fizdale said after the game. "I take full responsibility for it."

The Knicks did not necessarily have playoff expectations this season after hauling a big free agent in the off-season, but were expected to be more competitive than the worst 1

"We're not focusing on the recording here," Mills said. "We focus on improving and pushing forward consistently, believing that if this team plays with the efforts they have made against Dallas, we will win basketball games."

Before the Knicks hit Cleveland, they played The Mavericks scored their second win of the season in Kristaps Porzingi's first game against his former team on Friday. Offseason Acquisitions Marcus Morris Sr. (29 points) and Julius Randle (21) led the team in the 106-102 win.

"[Mills and Perry are] right, we have to win," Morris said after Sunday's defeat. "We have great players, we have great chemistry, we have great people in this team, if I was in the front office, I would be angry, our coaches do a great job, we just have to get better." It is not those who give up 20 points at the beginning of the first half. This is us. It's up to us and we have to own it. "

Mills said team owner Jim Dolan still believes that He and Perry have a plan, but want to see better results on the pitch."

"He is [as] passionate, the way we do it," said Mills. "So he wants us to get better results on the ground too. And I think Jim is a fan and believes in what we do, but he has the same expectations as us. "