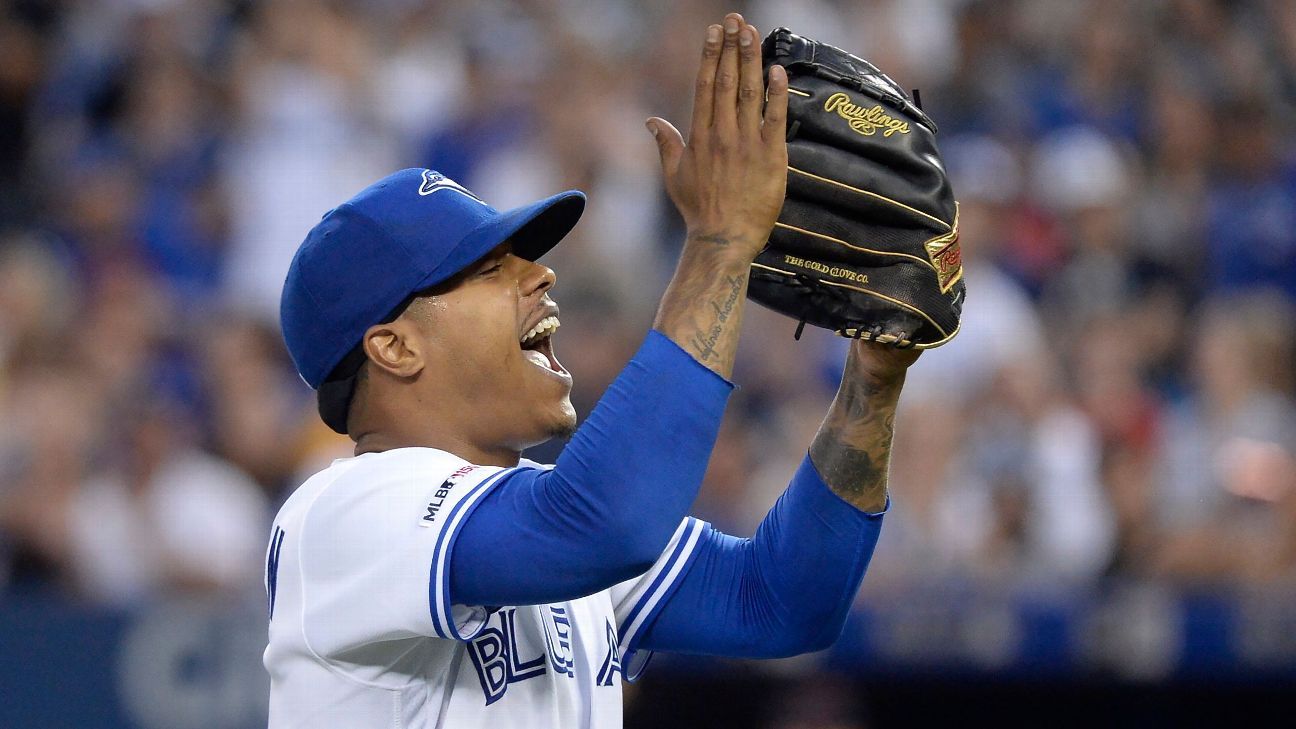 TORONTO – If Wednesday night was Marcus Stroman's final start at Roger's Center as a member of the Toronto Blue Jays, he left the home fans with something to remember him by.

Stroman allowed one run and five hits in seven innings in a 4-0 loss to the Cleveland Indians, continuing to burn his credentials ahead of next week's trade deadline. The right-hander pitched seven shut-off innings to beat the Detroit Tigers on Friday.

The fiery streamlined to the stands and yelled, "This is my house!"

"I just thought it could be my last out here," Stroman said afterward, wearing a visor with the words "Let me be on it." [19659005"I'vealwaysbeenemotional"IfeellikeI'vehadaprettygoodtenureasaBlueJay"Stromansaid"There'snojustificationfromthefrontofficetosignmesoI'mjustkindofcometotermswithitandI'mreadytodominatewhateverthatmaybeabsolutelydominant"

The loss was Stroman's first since June 20 at Texas, ending a streak of five unbeaten starts and dropsping him to 6-1

1 with a 2.96 ERA on the season. The game begins the eighth time in 21 starts this season in which Stroman received no runs from his offense.