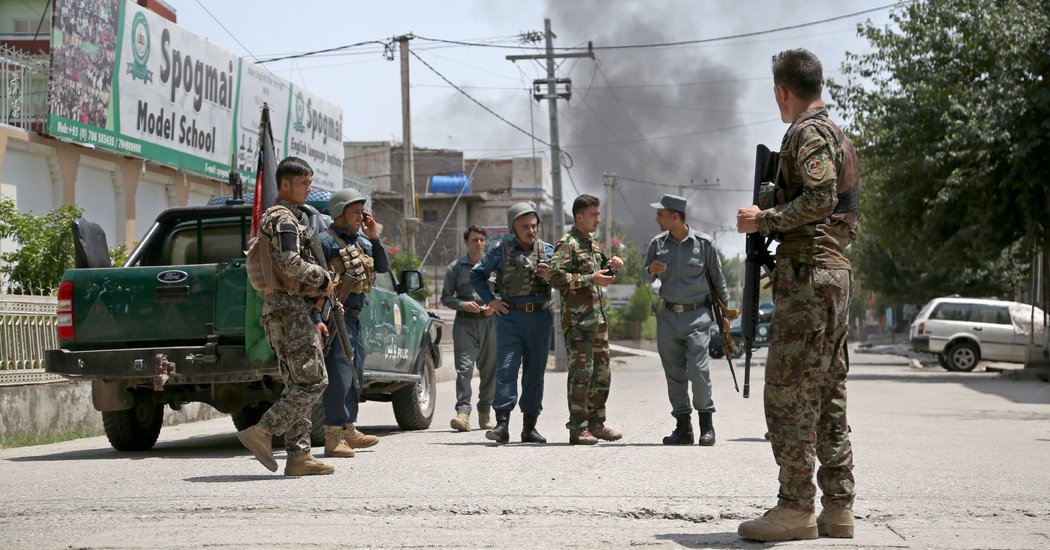 JALALABAD, Afghanistan – On Saturday morning, extremists attacked a school for midwives in eastern Afghanistan, forcing their young students to flee or seeking refuge in a fortified security room on the grounds, according to Afghan authorities and witnesses at the scene. [19659002] The attack began around 11 am at the Midwifery Training Center in Jalalabad, where assailants believed to be suicide bombers and men armed with automatic weapons were besieging the school. Five explosions were heard at the site, which is located in the center of the city in Nangarhar Province.

After the first attack, more than two hours of gunfire could be fired after the special police units arrived. A spokesman for the Ministry of Health, Inamullah Miakhel, said three people were wounded in battle, all men.

The school had 65 to 70 students in a two-year midwifery program, most of them 18 to 19 years old. They lived in a dormitory on the grounds of the center.

A police spokesman initially said that all young women had been successfully evacuated. However, witnesses and officers at the scene said that many could not have escaped, but it was believed they had reached a safe room.

Although there was no immediate claim to responsibility, the attack wore the hallmarks of the Islamic State, whose local is particularly active in Nangarhar and responsible for many suicide bombings there

The Taliban have recently been attacking civilian targets disavowed and long refrained from attacking medical facilities or women's facilities. The spokesman for the Taliban, Zabihullah Mujahid, denied that the group was behind the attack in a WhatsApp message.

The Midwives Center is run by the Afghan Ministry of Health and trains midwives in remote districts where doctors are rare and most women do not go to male doctors.

It is near another midwifery school in Jalalabad, which is run by the Norwegian Afghanistan Committee. Terje M. Watterdal, the director of this organization, said the young women are all safe but in a safe room.

"Now everyone is trapped," Mr. Watterdal said. "But everyone is safe and it's hard to know how it will develop."