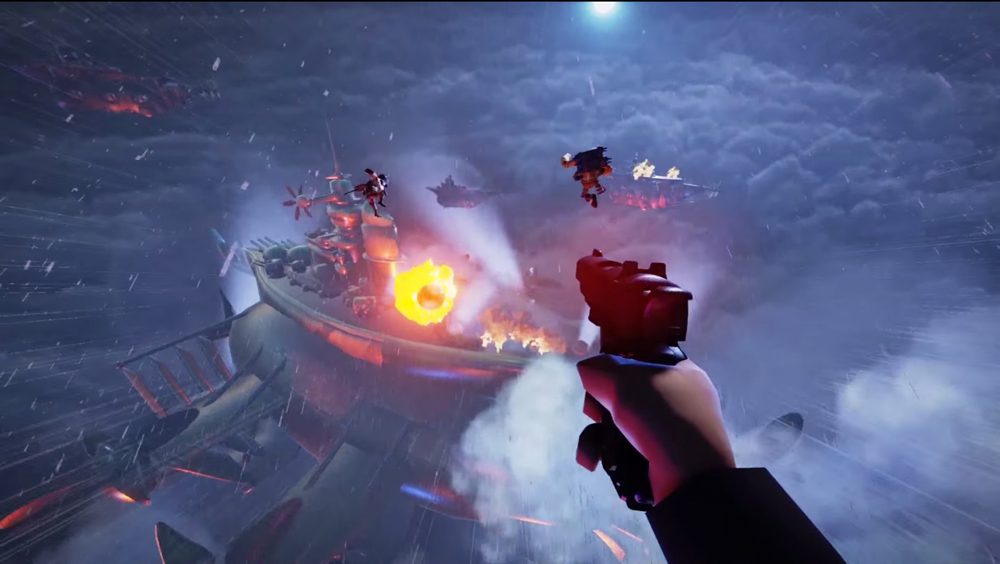 World Wars Toons, one of VR's first hopes for a great first-person shooter (FPS), is no more, as developer Studio Roqovan closes its doors.

The company revealed so much last week. World War Toons was a multiplayer FPS. It contained an optional VR support in a cartoon-like version of World War II. In 2015, Studio Roqovan (then Reload Studios) raised $ 4 million to make the game a reality. The game was launched in the US in an open beta version for Sony's PSVR headset when it was released in 2016. However, the studio was removed from PlayStation Store in September 2017. At that time, the developer stated that "the difficulty exists in having both VR and the interplay of 2D gameplay began to compromise what we could achieve by the time we wanted to maintain.

World War Toons never returned to the PlayStation Store. Last September, we reported that Roqovan partnered with SNK to develop an arcade crossover with the Metal Slug series. In a Facebook post last week, Roqovan revealed that the game has now been launched in Korean gambling halls. Due to issues that "unfortunately could not be solved," the Metal Slug content was completely removed. The original World War Toons was also "eclipsed".

"Bigger bad news is that Studio Roqovan is no longer", it says in the Facebook post. "We really did our best to make the game, but it was not supposed to be that way."

The World Wars Toons IP will go to a new company.

Speaking to UploadVR via email, the head of the studio, James Chung, spoke a bit about Roqovan's demise. "In short, all that matters is that the growth of the VR market is slow to adjust and I have not provided enough funding to properly launch World War Toons and run live ops," Chung wrote. "We had our game for about 8 months in the PSVR. The main goal was to test gameplay and network issues. Therefore, the beta test for the North American region was limited to PS4 only. We initially saw a healthy number of downloads, and we have a version of the game that has been improved compared to this test. But this was never shown to the public. However, the production of this version had to be stopped due to the financing problem mentioned above.

"We tried to pan into other, unmentioned areas. With LBE-based games, we've been trying to drive through what many people call "VR winter." However, as you pointed out, we could not divulge much about what we built with Metal Slug because we had made some arrangements, and this simply did not lead to a place where it was reasonable to pursue. All the complications cause us to drop Metal Slug IP and focus on World War Toons IP games, as you saw in our announcement.

The slow start of VR has made it a difficult market for developers. It is hoped that new, most accessible headsets could change this in the course of 201