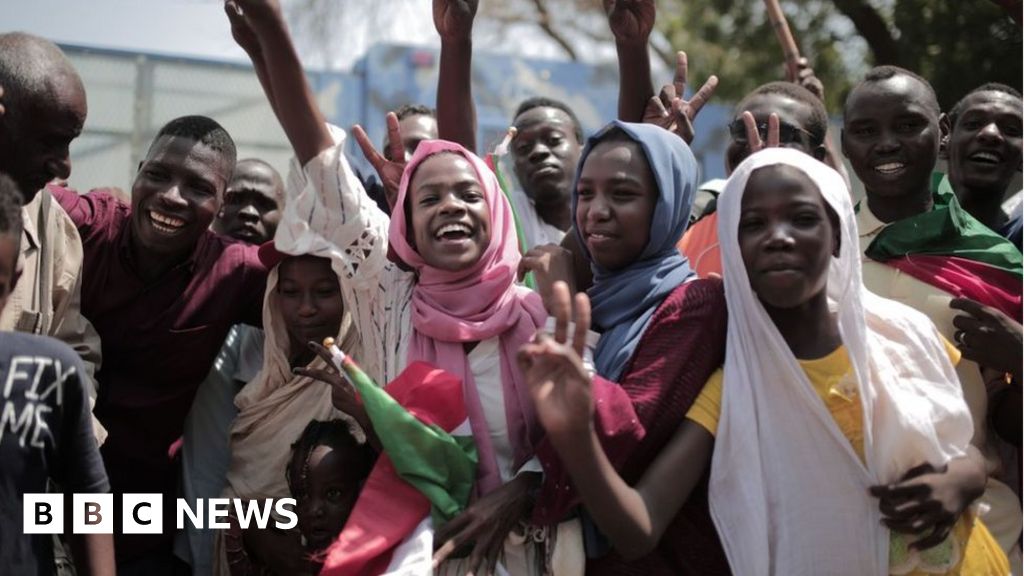 1; getting the junta to agree to a civilian government.

The Forces for Freedom and Change (FFC) have hammered out a deal with the long-serving ruler Omar al-Bashir.

They have agreed to a 39-month transitional period. During this time, Sudan's ultimate authority wants to be a sovereign council of five civilians and five generals, with an eleventh member to chair – initially a soldier, later a civilian.

Newly -appointed Prime Minister Abdalla Hamdok is under no illusions about the challenge he faces.

He is not a politician. He is an economist, a technocrat who has spent the last decades in the African Development Bank and the United Nations Economic Commission for Africa.

Over the coming days he is expecting to hear the impartial and competent technocrats.

In a speech after taking office, Mr Hamdok identifies his two priorities – the economy and peace.

Sudan is deep in economic crisis. The protesters who brought down Mr Bashir took to the streets in December because the cost of living had become too high.

People relying on salaries could no longer afford bread; traders and farmers not buy fuel; Banks and ATMs were rationing paltry amounts of cash.

Inflation and shortages have a long-term effect on government debt, which is already enormous – over $ 50bn, more than 60% of gross domestic product.

And Sudan is experiencing a chronic foreign exchange shortage, after the loss of most of its oilfields when the South Seconds in 2011.

Sudan missed out on the Jubilee 2000 campaign to cancel the debt of poor nations because of it, and sanctions for human rights abuses, and US financial sanctions for a "state sponsor of terrorism" after the Bashir regime harbored killed al-Qaeda Leader Osama Bin Laden between 1991 and 1996.

Other highly-indebted countries have taken to negotiate debt forgiveness – the Hamdok administration wants to get it in just a few months the current macroeconomic crisis.

He has goodwill on his side. Saudi Arabia and the United Arab Emirates have bankrolled the Sudanese generals.

However, they are looking for ways to save money, and to make a well-balanced plan for restoring Sudan to the good graces of the International Monetary Fund and World Bank.

In an interview with Reuters news agency, Mr. Hamdok said he had already started talking about Sudan's crippling debt.

The US wants to remove Sudan from the state's sponsors of terrorist list, thereby lifting the de facto ban on Sudan's access to the dollar-based international financial system.

That is just the beginning. Since oil revenues abruptly ended eight years ago, the main foreign exchange earners have been receiving gold and the income from troop deployments in Yemen in support of Saudi forces.

Mohamed Hamdan "Hemeti" Dagolo, the commander of the paramilitary rapid support forces and the de facto strongman among the military cabal.


Mr Hamdok also needs to be taken care of curtail the defense budget, which is a perilous assignment.

The other big file on the new prime minister's desk is peace with the armed rebels. Though there have been ceasefires in place, long-running wars in Darfur, South Kordofan and Blue Nile are not resolved.

There are three main rebel groups in Darfur and a separate insurgency in South Kordofan and Blue Nile by the Sudan People's Liberation Army-North, a legacy of the earlier north-south, was in which the non-Arab peoples of these areas joined their southern brethren in fighting against Khartoum.

These rebel forces are thus split into two factions.

The Sudan's marginalized peoples were short-changed by the power-sharing deal between the generals and the FCC.

They were demanded representation in the Sovereign Council and a bigger say in the negotiations for a civilian government – and were rebuffed.

Mr Hamdok is well-placed to talk to the rebels. He is from western Kordofan himself, a marginalized area, and has been advising African and UN mediators on Sudan, as well as the rebel leaders themselves.

And the leaders of the new government are their best chance for peace.

One issue that needs careful attention to human rights abuses and corruption.

Mr Bashir was in charge of illegally possessing foreign currency.

The general fear that more ambitious charges for human rights violations will implicate them too.

They would severely oppose extraditing Mr. Bashir to the International Criminal Court at The Hague, where he was on was crimes charges.

But many pro-democracy demonstrators, who have published their determination and courage on the streets, demand justice.

This is a good investigation and prosecution of those responsible for the 3 June massacre in which RSF fighters and security officers killed between 80 and 120 civilians.

Media playback is not supported on your device

Media caption What happened during the 3 June massacre?

The finger of culpability points to the general in the Sovereign Council.

But indicting them would upset the fragile power-sharing deal. Whatever approach he takes, Mr Hamdok wants to be harshly criticized by one side or the other.

To deliver on the goals of Sudan's revolution, he wants all his skills, a lot of goodwill, and a good luck.

Alex De Waal is the executive director of the World Peace Foundation at the Fletcher School of Law and Diplomacy at Tufts University in the US.