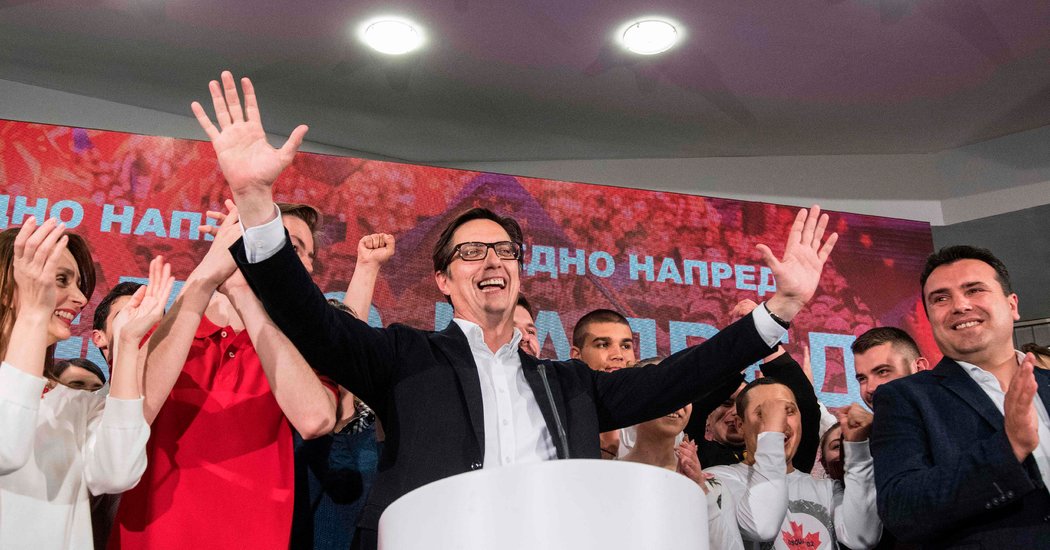 Macedonia had been out of action for decades when other former republics of Yugoslavia and neighbors joined the region of the European Union and their common market.

In February, the Macedonian legislature signed an agreement to officially change the name of the country to the Republic of North Macedonia, which formally ended the dispute with Greece. Weeks later, the Greek parliament ratified the agreement, but after protests and threats against the government of Prime Minister Alexis Tsipras.

NATO immediately decided to reward North Macedonia with a process that could make it the 30th member of the Alliance this year. The path to membership of the European Union is less secure, despite the name compromise and changes in the judiciary and other government institutions.

Last September, Northern Macedonia conducted a non-binding referendum on the name change. Voter turnout was too low to confirm the outcome, but voters overwhelmingly supported the new name.

Simonida Kacarska, director of the European Policy Institute, a think tank in Skopje, said that the referendum will include constitutional changes, an orderly presidential election and a judicial reform process. The European Union should be satisfied and accept that "this country, which has been in the waiting room for more than a decade, is on its way to becoming a member of the bloc."

"The ball is now definitely in the European Union court," she said in an interview.

The current president, Gjorge Ivanov, who spoke out against the deal with Greece, is leaving this month on time. Among the tasks he will hand over to Mr Pendarovski are 25 decrees – mainly in connection with social benefits for the unemployed and families living below the poverty line – which Mr Ivanov refused because the letterhead now bears the seal of northern Macedonia [19659002] Mr. Pendarovski said he had his job done for him the day after the swearing-in.

"I will sign 25 ordinances in the morning," he said.