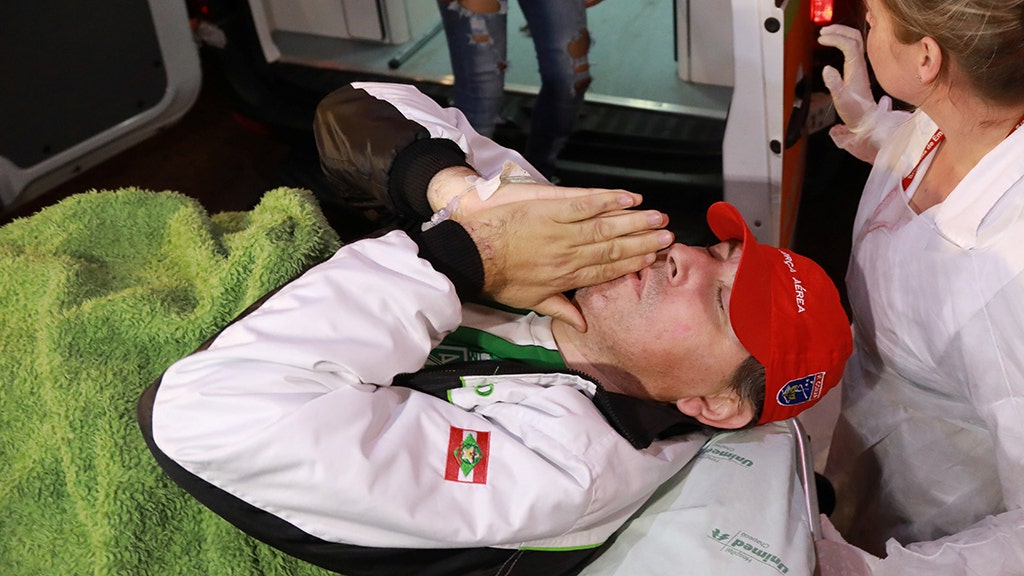 Footballer of the Brazilian Chapecoense (L to R), Helio Neto, Alan Ruschel and Jakson Follman as well as the surviving journalist Rafael Henzel, the Survivors of the plane crash of a team pose during a press conference after their arrival in Medellin, Colombia, May 8, 2017. Photo taken on May 8, 2017. REUTERS / Fredy Builes TPX PICTURES OF THE DAY – RC12FDFC9B60

One of the six survivors of the 2016 plane crash, which killed 71 passengers – many of whom were members of a Brazilian football team – died Tuesday after a heart attack.

Rafael Henzel was a radio journalist Who was aboard the plane with the Chapecoense team crashed on November 28, 2016, near Medellin, Colombia, after running out of fuel. The team was on the way to a Copa Sudamericana match when it crashed.

The 45-year-old journalist broke into a soccer match with friends in Brazil. He died shortly thereafter at a local hospital, the BBC reported.

"Throughout his brilliant career, Rafael recounted the story of Chapecoense." said in a tribute on his website. "The green and white sides of this institution will always remember his example of overcoming [adversity] and everything he has done."

Highly regarded radio journalist Henzel should cover the match between Chapecoense and Criciúma for the national tournament Copa do Brazil on Wednesday. Chapecoense urged the Brazilian Football Federation to postpone it, but was rejected, the club said on Wednesday.

Speaking to the BBC a few weeks after the crash, Henzel said he did not remember the moment of the crash he was the penultimate passenger to be rescued.

The Brazilian radio journalist Rafael Henzel lies on a stretcher when he arrives at the hospital after surviving a plane crash with the Brazilian football team Chapecoense on board in Chapeco, Brazil, on December 13, 2016. REUTERS / Diego Vara – RC1F46512B10

"My dream was to return to my city, to feel the ground beneath my feet, and finally, it was a very special moment "said the journalist who published a book about the crash of 2017.

The other survivors are the footballers Alan Ruschel, Helio Zemper Neto and Jakson Follmann as well as the crew members Ximena Suarez and Erwin Tumiri.