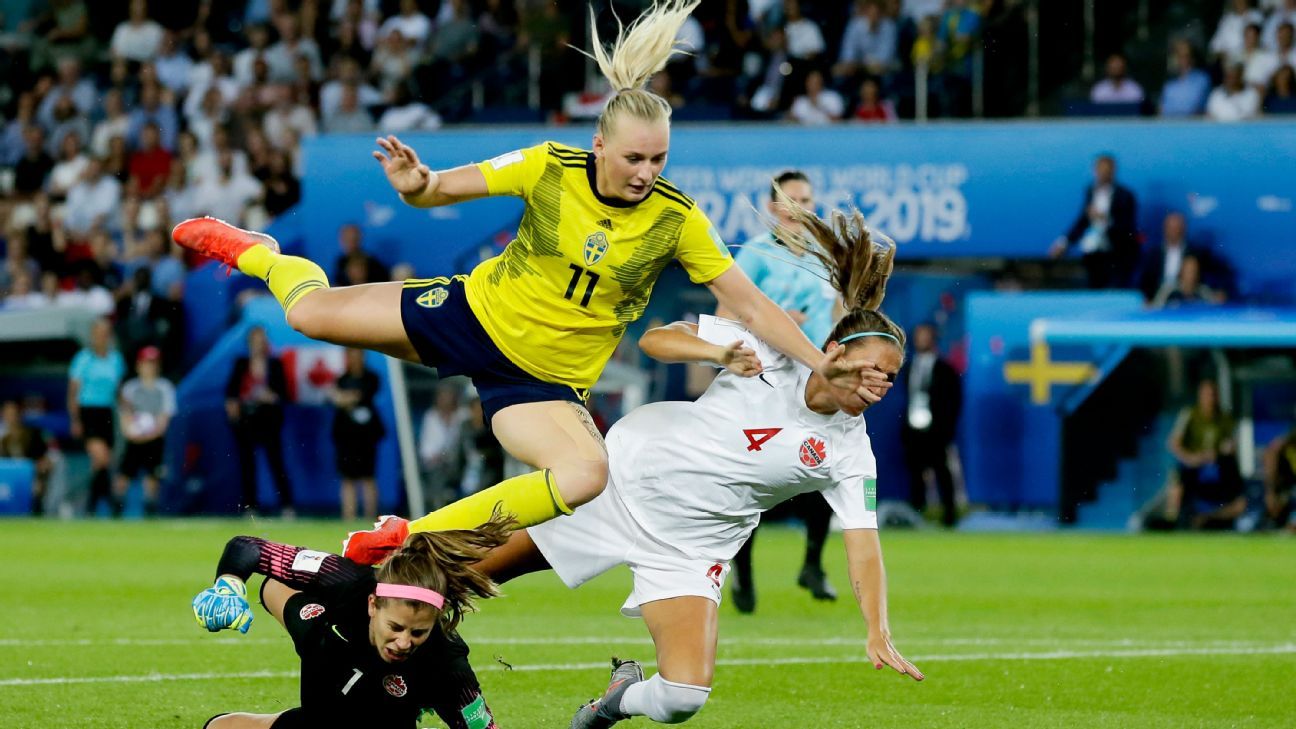 Sweden's Stina Blackstenius defeated Canada 1-0 in the second half, missing a late penalty, at the Women's World Cup and beating Germany against Canada.

Sweden scored in the 55th minute to score a counterattack, with striker Blackstenius beating past striker Stephanie Labbe for her first goal of the tournament.

Canada had a chance to return to the game after 68 minutes A lengthy VAR test, but veteran keeper Hedvig Lindahl saved a fantastic save from Janine Beckie to push the ball to the corner.

In humid conditions at the Parc des Princes, the two teams struggled for chances in the first half, but in Sweden came flying out after the break and missed several opportunities.