Take a deep breath to be calm and alert 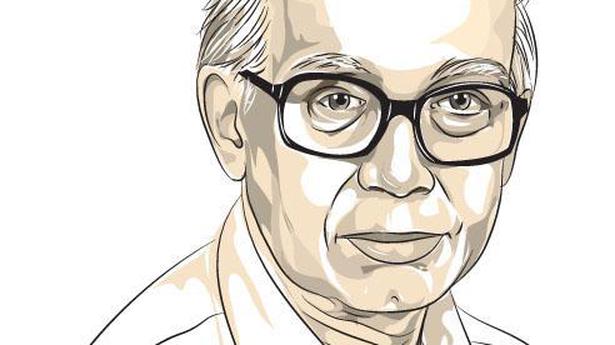 In college debate competitions, you had to effectively respond and win over your opponent in a short time. There was also this competition entitled "Just a Minute", where the referee asked you to speak about a topic he had chosen. They should talk about it for a minute – no back and forth, no irrelevant words and no respiratory arrest. And the one who makes the most rational speech in a minute wins.

In the end, our teacher or "trainer" would say to us: "Take a deep breath before you start, this will improve your performance". That he was right was recently confirmed by a study by a group of scientists led by Professor Noam Sobel of the Weizmann Institute of Science, Israel, entitled "Non-olfactory Cognition in Humans on Inhalation" (Perl et al., 1

Three important points came from the study. First, they found that they performed better than exhaling in experiments where the participants inhaled while trying to do the task. Second, whether inhaled through the nose or mouth, it does not matter, though "the picture-perfect" pattern would prefer nasal breathing to oral inhalation. Third, the EEG results also showed altered connection patterns between the different parts of the brain that differed during the respiratory cycle.

Note that we inhale oxygen from the air. Was it the oxygen you inhaled, that helped? When asked, Professor Sobel said, "No; The timeframe does not fit. The reaction time was much earlier than the time it takes for lung oxygen to reach the brain … Not only is the olfactory system sensitive to inhalation and exhalation, it is the entire brain. We think we could generalize and say that the brain works better with inhalation … We see this as the "sniffing brain".

The paper also points out that snooping alone – no odourants – orchestrates neural activity; Therefore, it is not necessarily good or pleasant compared to bad smell. The group suspects that nasal inhalation, in addition to processing incoming information, also optimizes non-odorous (not just odor-related) mechanisms for in-depth interactions. This "sniffing" or inhaling drives brain activity and has an evolutionary history. Unicellular organisms and plants absorb volatile or gaseous substances from the air into their cells (this can be considered as a precursor to inhalation). We know how sniffing is synchronized with whiskeying and vocalization in mice and echolocation in bats. Dr. Ofer Perl points out that sense of smell is an ancient sense that could have served as a blueprint for other, later senses and the entire brain development in humans. The authors state that the word "inspiration" in the Oxford dictionary does not just mean putting on the breath, but also the process of mental stimulation.

While these authors do not address this issue directly, we note that several scientists have suggested that yoga exercises (controlled breathing) lead to calm and serenity. A series of experiments at Stanford University, USA, demonstrated how a group of 175 neurons in the brain act as pacemakers in mice (used as models) and how controlled breathing promotes mental rest in animals (Yackle et al ., Science, 355, 1411-1415, 2017,

NASA plans to put the base on the moon