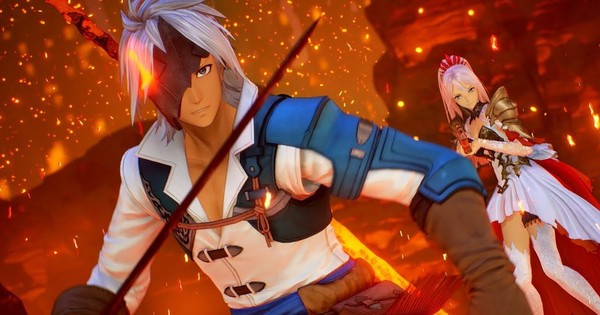 Bandai Namco Entertainment revealed the voice and character details for the two main characters of his role play Tales of Arise on Saturday at the "Tales of Festival 2019" event. The event also unveiled a new promotional video for the game, introducing the two characters and detailing more employees.

The website of the game describes the two main characters:

Takuya Satō as Alphen of the planet Dahna. Alphen is a young man who has lost his memories and his sense of pain and wearing an iron mask. After meeting Shionne, he attacks the flaming sword to free Rena from Dahna.

Shino Shimoji as Shionne from the planet Rena. She is a girl who is cursed by "thorns", a force that causes pain to those she touches. She teams up with Alphen to reach a hidden target and fights against her Renans.

Tales of Arise plays in a solar system that contains the two neighboring planets Dahna and Rena. The inhabitants of Dahna have always shown their planetary neighbors on Rena – a planet they can plainly see in the sky – as a land of the righteous and divine. For the people of Dahna, legends and traditions about Rena and its inhabitants have been handed down for countless generations and have become facts in their minds over time that have actually masked a cruel reality for the people of Dahna. Rena has been ruling Dahna for over 300 years, plundering the planet's resources and depriving its people of their dignity and freedom. Tales of Arise starts with two people born on different worlds, yearning to change their destiny and create a new future for themselves and perhaps their people. Featuring an original cast of characters, a dramatic storyline, dynamic fights and stunning environments with some classic Tales Of elements; Tales of Arise marks a fresh start for the famous JRPG franchise.

Yusuke Tomizawa ( God Eater ) has taken over the franchise's development team. Minoru Iwamoto ( Tales of Zestiria ) is the character designer and art director. ufotable edits the animation of the game. The game is expected to be released in 2020 for Playstation 4, Xbox One and PC.

Sources: Website of the Game Tales of Arise, Famitsu.com, 4Gamer