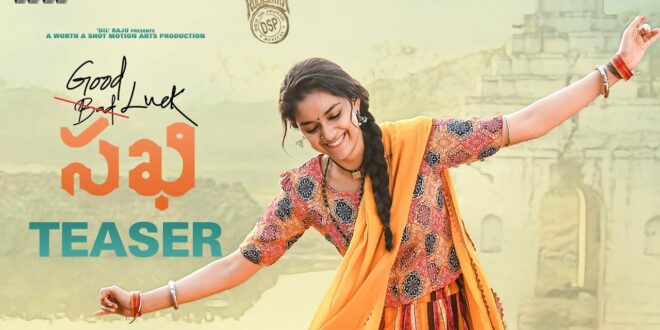 On the occasion of Independence Day, the makers of Keerthy Suresh’s new film ‘Good Luck Sakhi’ came up with the award-winning teaser. Baahubali star Prabhas did the honor of unveiling the teaser.

It is a story of a village belly whose luck is always bad, but then does not allow itself to be deterred by many such events. Keerthy is a free spirited woman and lives life on her terms. But an unexpected opportunity presents itself in the form of Jagapathi Babu, who wants to train medalists for the country.

Keerthy ends up at Jagapathi Babu and the rest of the story is how she turns her bad luck into good. Actor Aadhi Pinisetty also plays a pivotal role, and overall the teaser is decent and impressive.

Directed by Nagesh Kukunoor, Devi Sri Prasad is composing music for this film and doing his best for the teaser.

6;Good Luck Sakhi’ is made in Telugu, Tamil and Malayalam at the same time.