Tensions between Turkey and the US Soar Trump orders new sanctions 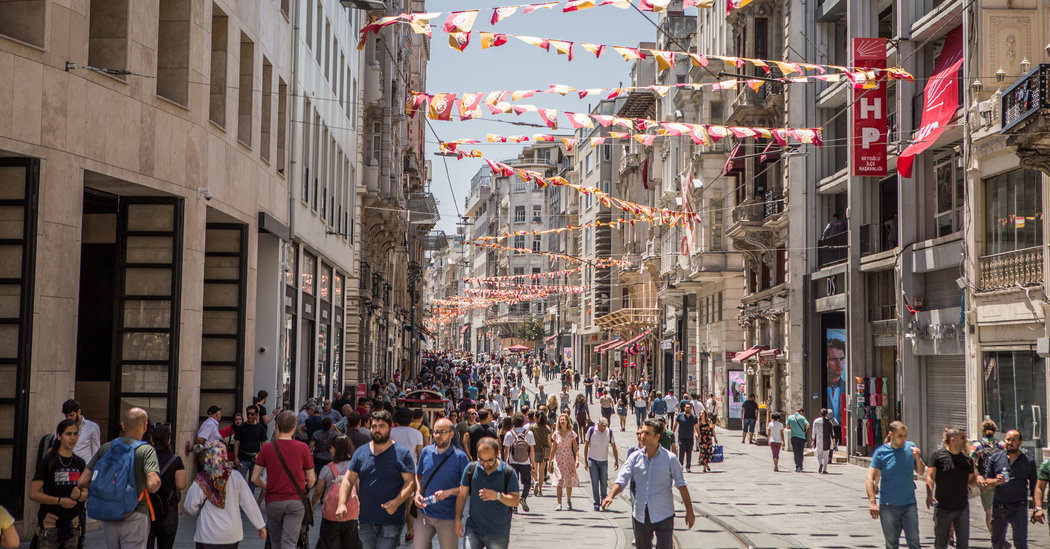 The deepening confrontation raised questions as to whether the two strong-willed leaders risked even greater chaos as they fought in an expanding diplomatic dispute centering on individual personalities.

A Protestant preacher, Mr. Brunson, who has been living in Turkey for 23 years, is one of about 20 Americans, including a Pennsylvania NASA scientist and chemistry professor, who has been persecuted by Mr. Erdogan since the failed coup two years ago , Erdogan says the coup was organized in the United States, and specifically by a Muslim cleric, Fethullah Gülen, from his self-imposed exile in Pennsylvania. The Turkish authorities have demanded that he be extradited, which American officials have dismissed, and the imprisoned Americans are widely regarded as a bargaining chip. Erdogan has shown no trace of restraint. He sounded defiantly on Friday in two speeches against foreign powers, which he accused of orchestrating the economic crisis in Turkey and bowing to the pressure of the West.

"Those who believe that they can kneel by economic manipulation have never understood this nation," he told a crowd in Gumushane, a province on the northern Black Sea coast of Turkey. "They can not use threatening language and extort language against this nation, especially bullying it will not cut with our nation."

After seeing Mr. Erdogan live, Asli Aydintasbas, Senior Fellow at the European Council on Foreign Relations said: "They have no deal, their positions are hardened."

The collapse was surprising, she said, because Mr. Trump seemed to have the contours of an agreement for the release of the pastor with Mr. Erdogan on the sidelines of the NATO summit last month to reach.