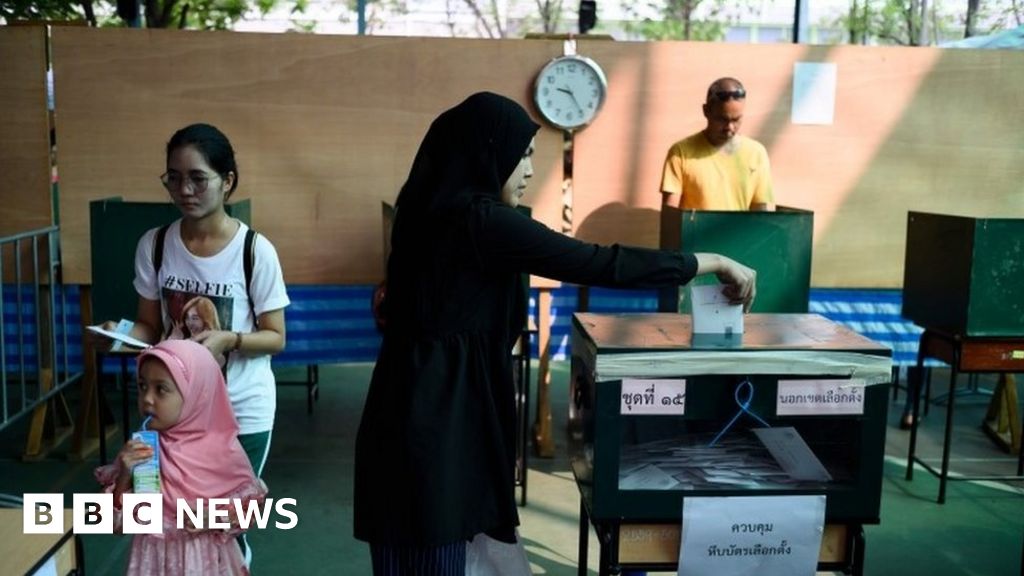 About 50 million voters vote for the first parliamentary elections in Thailand since the coup of 2014.

Thailand has been shaken by policy instability for years, largely a fight between supporters of the military and former Prime Minister Thaksin Shinawatra.

After the seizure of power, the army promised the restoration of order and democracy, but has repeatedly postponed the vote.

Critics say a new constitution will be influential by the army introduced, regardless of the outcome.

More than seven million people between the ages of 18 and 26 are eligible to vote for the first time and could be the key to victory, so all parties were excited to vote.

On the eve of the election, Thai King Maha Vajiralongkorn issued a statement calling for "peace and order" during the referendum process.

The statement, which was broadcast on national television on Saturday night, urged voters to "support the good people."

The election is primarily a competition between pro-military parties and allies of Mr. Thaksin.

He was overthrown in 2006 by a coup and lives in self-imposed exile to avoid a conviction for abuse of power. However, he still has a significant following, mainly among rural and less prosperous voters.

Parties loyal to Mr. Thaksin have won all elections since 2001, and Jonathan Head, the correspondent for the BBC for Southeast Asia, says this movement is a central, albeit unofficial, military target.

Pheu Thai (For Thais) is the leading Thaksin-loyal party this time.

Among other prominent parties are the Democrats, led by ex-prime minister Abhisit Vejjajiva, and the new futures forward party, led by Thanatorn Juangroongruangkit, a young billionaire telecoms investor.

At the time of the coup, the military said it wanted to restore order and stability and prevent the street protests that have repeatedly erupted over the years.

The junta, however, has been accused of taking an authoritarian approach to power, rigorously controlling the media and arbitrarily enforcing laws such as Majestic Violence that prohibit any criticism of the military in order to silence its opponents.

In addition, a constitution passed by a referendum has been introduced, which according to critics should ensure that it remains central to Thai politics.

On Sunday, voters vote for 500 members of the lower house. However, under the constitution, a 250-seat Senate was appointed by the military.

The two Houses jointly elect a Prime Minister – one candidate only needs half the votes plus one to win.

The new constitution also restricts the number of seats a party can take, regardless of the number of votes, and each future government is constitutionally committed to following the military's twenty-year plan for Thailand.

Preliminary unofficial results will come within hours, but correspondents say that it will take some time for the future direction of Thailand to become clear as parties negotiate negotiations and coalitions.