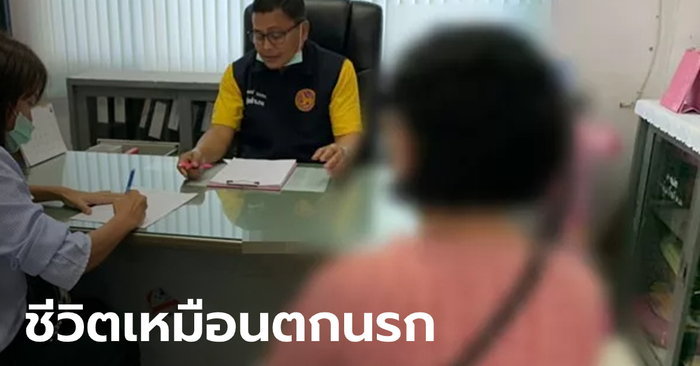 Songkhla teacher is hurt super! Ask for help The drug addicts brought the woman up to the stomach into the house. 3 people, spouse, 17-year-old daughter, not stressed until suicide is committed

A young woman brought her daughter from Songkhla to Bangkok to complain to Ms. Pawina Hongsakul, president of the Pawana Foundation. She described that she has been a teacher with her husband for over 20 years and has a daughter at the age of 17. In recent years, her husband has become addicted to drugs and has also brought women to consumption. After the husband and the new wife have slept together in the guest house up to the stomach, they quarrel regularly. Until the bully came to quarrel with her. When asked for money to buy drugs, they attacked the body with an impending firearm if they were not given. The daughter is so stressed that she wants to kill herself. She then took her daughter to the doctor. It appears that the doctor told the child to be depressed.

In the past, she asked her husband to turn back, but it was not effective until he was rampant until she had to take her children with her to flee to Bangkok. And asked the Paweena Foundation for help

After receiving the story The Paweena Foundation coordinated Colonel Rattana Narischewuelleng, the RK police station in Ranot Province, Songkhla, before being allowed to travel to RK from Bangkok. Coordination with Ms. Cory Hahahari Arun, Social Development and Human Security in Songkhla Province and Ms. Chomruedi Natasiri, Director of the Children̵

7;s and Family Home in Songkhla Province send to take care of the mental health of the teacher and the daughter.

Later Colonel Ratt Naris ordered the police to take her husband to the police station to do a drug test, and amphetamines discovered while looking for the house. What the husband admits to be true The police have been prosecuted under the law.

She said that to her husband, do you want to divorce? The husband agreed to divorce Colonel Ratt Naris. Police General Ranot coordinated the sheriff to complete the divorce. After being released from bondage, the teacher and daughter were very happy. Thank you, Ms. Pawina Hongsakul, President of the Pawina Foundation. Coordinated to help Until I have a new life and no longer have to go to hell

Aunt added to herself to write that the sign was not welcome, said “fish doctor” as if he wanted to get worse