The actual flight makes the Lego Apollo 11 lander even better 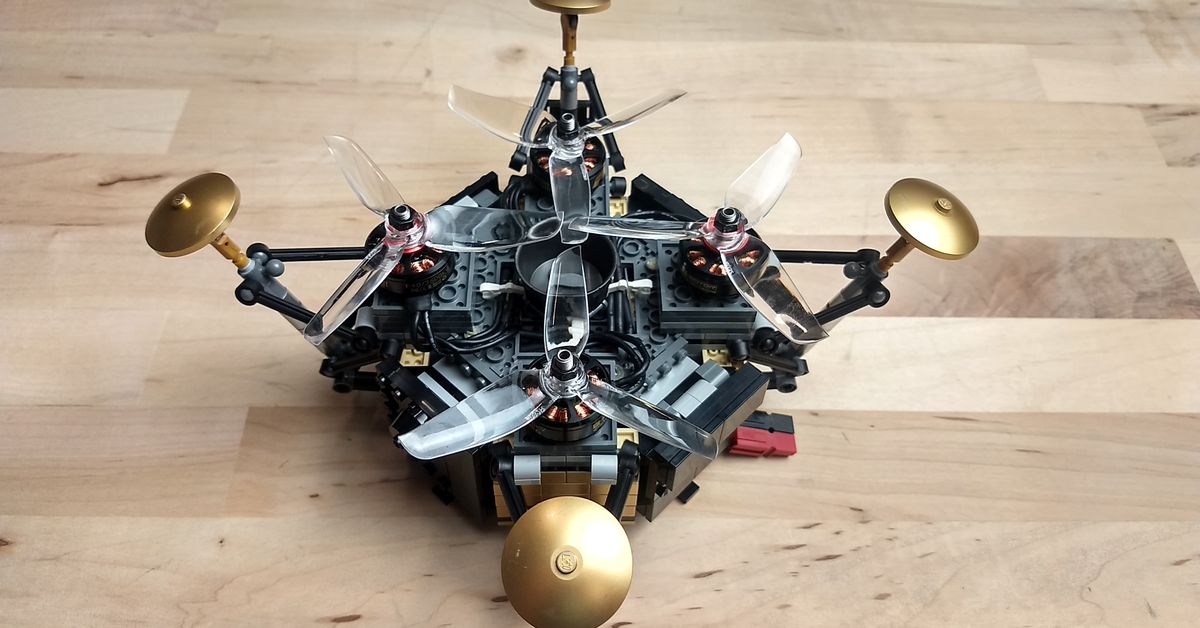 Lego's official Apollo 11 anniversary set is already pretty clever, but aerospace engineer Adam Woodworth has made it even cooler by adding a set of propellers so that the Moon Lander can actually fly, as Gizmodo has discovered.

Woodworth has detailed the construction in an Imgur gallery. He pulled out the inside of the set to make room for a battery and a flight controller. (The battery is halfway up the riser while the electronics are in the base.) He also added the four 4-inch T-Motor F40 rotating propellers that allow him to actually fly. The engines are offset so that they overlap, so Woodworth actually gets enough boost from the set. He notes that the model is quite heavy for its size, which made it difficult to design.

For the most part, Woodworth does not resort to glue or other fasteners to hold the flying Lego vehicle together. He only uses the connection forces of the Lego Stone. An exception are the screws that fix the motors to the plates. This is sensible given the power under which they stand.

The finished model can only fly in 90-second increments, which does not sound like much, but it should be just enough time to recreate the moon landing, as Woodworth does in the video. Woodworth also does not want to stop here: he is already working on a functional change in the ascent stage.