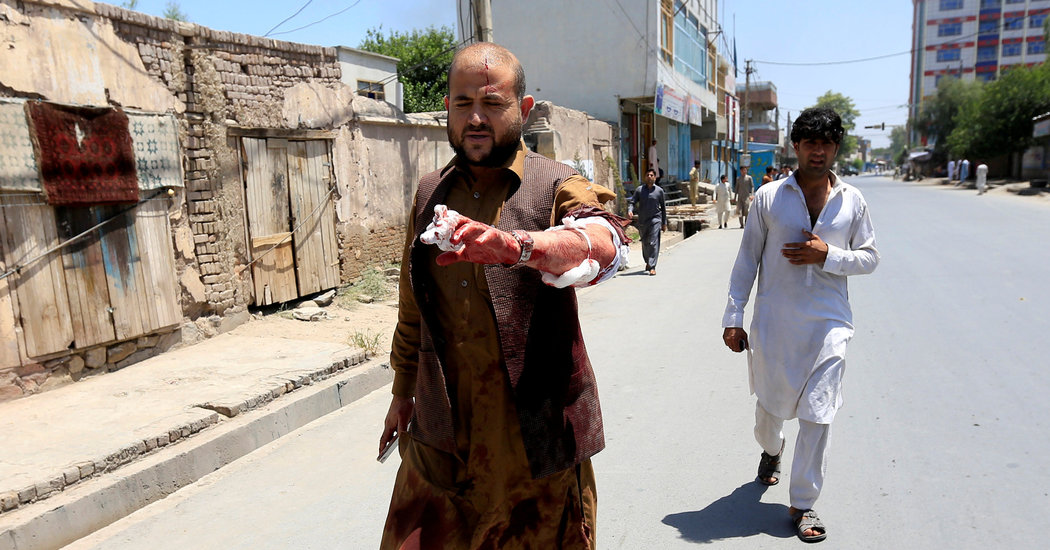 The Afghan partnership of the Islamic State, which calls itself the Islamic State in Khorasan, did not immediately assume responsibility, but usually it makes such claims only after an attack, often the following day.

The Taliban Immediately According to a statement by spokesman Zabihullah Mujahid, in line with her recent pledge not to attack predominantly civilian targets, they denied responsibility.

The Islamic State in Khorasan has its strongest Afghan presence in the southern province of Nangarhar and has at least carried out nine more attacks on purely civilian targets in or near Jalalabad. The group went on to commit suicide bombers against civilian targets last year, especially those who were slightly defended after being severely attacked by American air strikes and US and Afghan special operations last year

Abdul Rahman Mawen, a civilian activist in Jalalabad, made the attack Fall of the extremists responsible battlefield destinies for attacks on soft targets. "IS struggled against the security forces in the early stages, but when beaten and suppressed by the security forces, they attacked women, children and civilian targets," he said.

Nothing has proved impossible for the extremists. On Saturday, Islamic State fighters attacked a school for midwives in Jalalabad and killed three employees, although most of the 67 students got away unharmed. The next day, the IS claimed their responsibility.

In May, during a Ramadan Feast held by Eid al-Fitr during a government and Taliban, they engaged in truce and killed 36 civilians at a celebration in Jalalabad.

On May 31, a boys' school was located in the Khogyani district of Nangarhar province, where the extremists beheaded three schoolmates. One day later, they attacked a group of minority Sikhs and Hindus who were waiting to meet President Ashraf Ghani while visiting Jalalabad; 19 were killed, including the country's only Sikh candidate for parliament.