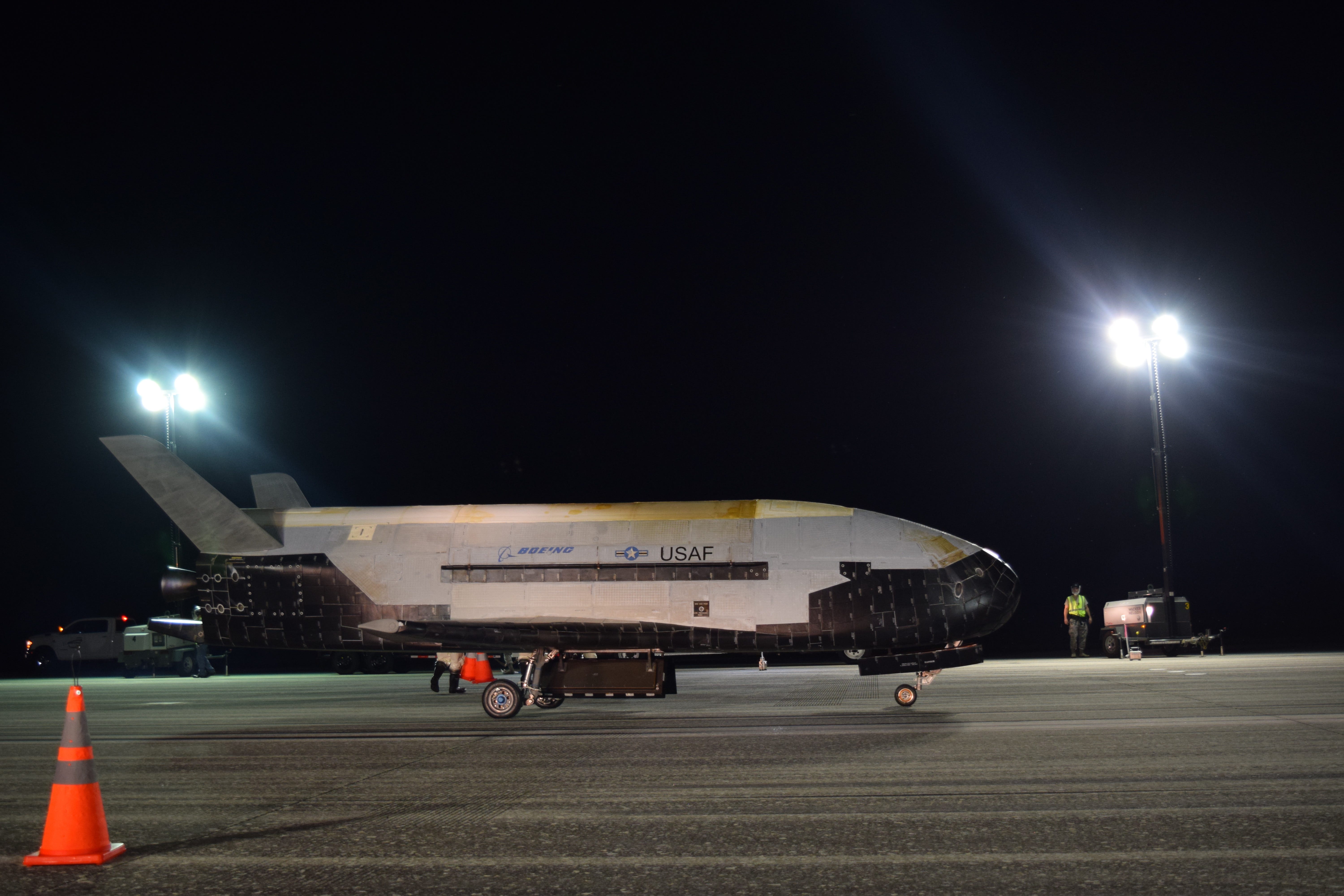 The US Air Force's mysterious X-37B spacecraft returned to Earth on Sunday after more than two years of orbit. The unoccupied X-37B orbital test vehicle Mission 5 landed at NASA's Kennedy Space Center Shuttle Landing Facility at 3:51 pm ET Sunday, the Air Force confirmed. The 780-day mission has broken its own record of nearly 718 days in the orbit of spacecraft Mission 4 deployed on its return to Earth in May 2017, Space.com reported.

Mission 5 was launched on September 7, 2017 from the Cape Canaveral Air Force Station in Florida aboard a SpaceX Falcon 9-Booster orbital, according to the Luftwaffe. Space.com noted that most of its payloads are still classified.

The mysterious spacecraft was in orbit for more than two years. (Air Force photo)

"The X-37B continues to demonstrate the importance of a reusable spacecraft," said Air Force Secretary Barbara Barrett in a statement. "Each mission in a row improves the space capabilities of our nation."

The Air Force plans to launch a sixth X-37B from the Cape Canaveral Air Force Station in 2020. [19659007] Follow James Rogers on Twitter @jamesjrogers