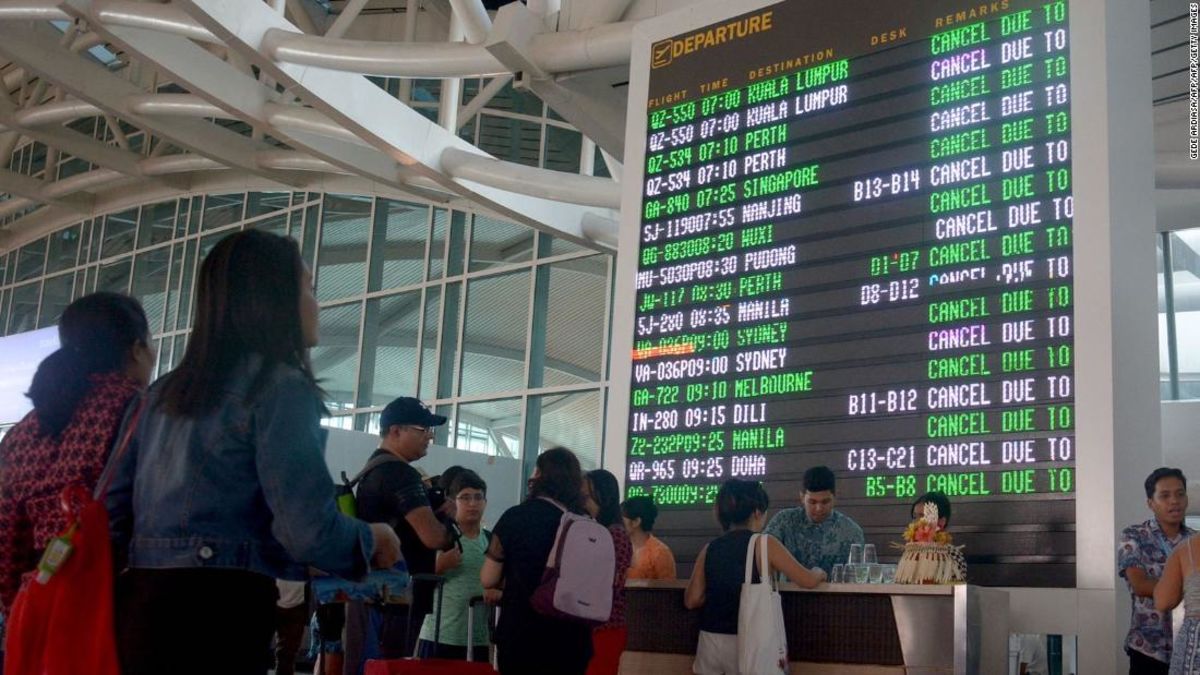 (CNN) – The popular Indonesian tourist island of Bali closed its international airport on Friday after Mount Agung volcano blew up more than two kilometers of volcanic ash and fumes.

Denpasar's Ngurah Rai Airport announced that it would be closed by 7pm. At that time, officials would review the situation.

Volcanic activity began on Thursday, causing several airlines to postpone or cancel their flights to Bali prior to Friday's airport closure.

According to the airport authorities, more than 300 flights were canceled, affecting the travel plans of thousands of people.

In a statement, the Australian airline Qantas admitted inconvenience to passengers, but said safety was a top priority.

"Denpasar Airport is currently closed and we are monitoring the advice of the Volcanic Ash Advisory Center, and our team of senior pilots and meteorologists will assess when flights can resume," the statement says. "While these disruptions are frustrating, we always give safety first."

Indonesia is the world's most active volcanic region, located on the Pacific Ring of Fire. where tectonic plates collide and cause frequent volcanic and seismic activity.

The flights were canceled for 24 hours and stranded 59,000 passengers at home and abroad. In the midst of chaos, Bali's tourism collapsed.

The volcanic activity had subsided only in February 201

8, and the Bali Tourism Office announced that the Vulcan Arm was downgraded to Level III. However, there is still a 4-kilometer restricted zone around the summit of Mount Agung.

Volcano Observatory for Aviation's announcement continues to set Mount Agung's activity level at Orange or Level III, suggesting an intense increase in activity but no eruption.

Officials predict that the ash cloud would move west and southwest of the island, saying that earthquake shaking could increase.