The Arecibo radio telescope in Puerto Rico is badly damaged 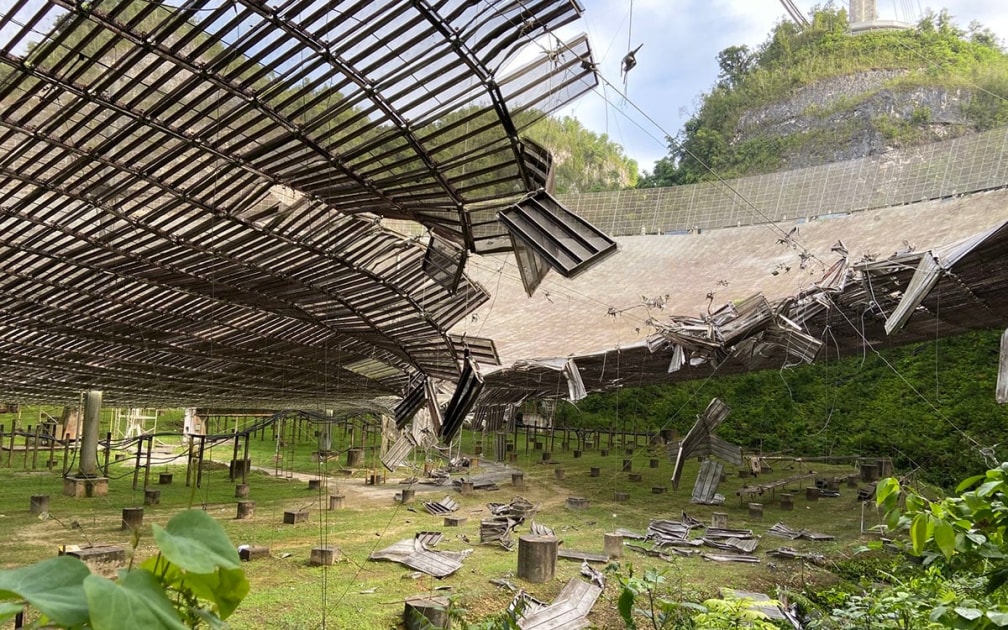 Unfortunately, this is not the first setback Arecibo has suffered. There were major financial problems in 2008 and 2016. Then, like much of Puerto Rico, the observatory suffered significant damage during Hurricane Maria. Things seemed to change in 2018 when a UCF-led group took over operations from the National Science Foundation and Arecibo received a $ 19 million grant from NASA last year.

It is unclear how long the observatory will be out of service or how much repairs will cost.

“We have a team of experts who are assessing the situation,”

; said Francisco Cordova, director of the observatory, in a statement. “Our focus is on keeping our people safe, protecting facilities and equipment, and getting the facility back to full operation as soon as possible so it can continue to serve scientists around the world.”

The Arecibo Observatory, built in the 1960s, is certainly neither the newest nor the most advanced telescope, but it is still one of the largest in the world. According to Scientific AmericanIt’s especially good at finding gravitational waves and pulsars, and it has been used repeatedly to better understand near-Earth asteroids. The observatory has certainly recovered from setbacks in the past. Hopefully this time won’t be any different.