The belligerents of Yemen will return to peace talks, says U. N. 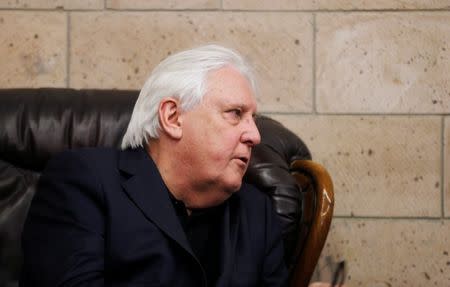 GENEVA (Reuters) – UN-Yemeni envoy Martin Griffiths expects the warring factions in Yemen to return to the negotiating table for the first time in years, and both sides have confirmed their willingness to speak, said in an un Radio interview

"I would like to bring the parties together within the next few weeks at the latest," he said. "I hope that the (UN) Security Council will meet next week and we will give them a plan on how we will bring the talks back."

Griffiths said in recent days he had met President Abd-Rabbu Mansour Hadi in the southern city of Aden, the temporary headquarters of the exile government, and Mohammed Abdul-Salam, chief negotiator of the Houthi group, who fought against the government.

"Both parties have confirmed to me I think it is long overdue that this should happen Since the last talks on Yemen about two years have passed."

He said he believes in the discussions that the UN-led UN warfare parties have so far prevented a major attack on the port facilities or the city of Hodeidah, which is a vital lifeline for the Yemeni people.

The Houthis had offered the UN a leadership role in managing the port, in case there would be a general ceasefire the government, he said, and both sides had accepted that, but discussions continued over how to complete each attack can avoid.

"At the moment, we are still in the process of negotiating whether a UN role would help to avoid an attack, and more importantly, where I think we go, whether the restart of negotiations actually means that the attack on Hodeidah or the move towards war is avoided. "

It was estimated that up to 1 million Yemenis will be fighting and it would be a massive task to disarm, demobilize and re-integrate them, but that was the priority for ordinary people in Yemen, he said.

"The goal of the peace process, which I hope we can start in the near future, is to give back to the state and government of Yemen a new government of national unity, the monopoly of power that we consider normal elsewhere.