The bushfire in Ventura County explodes to 750 acres, triggering evacuations 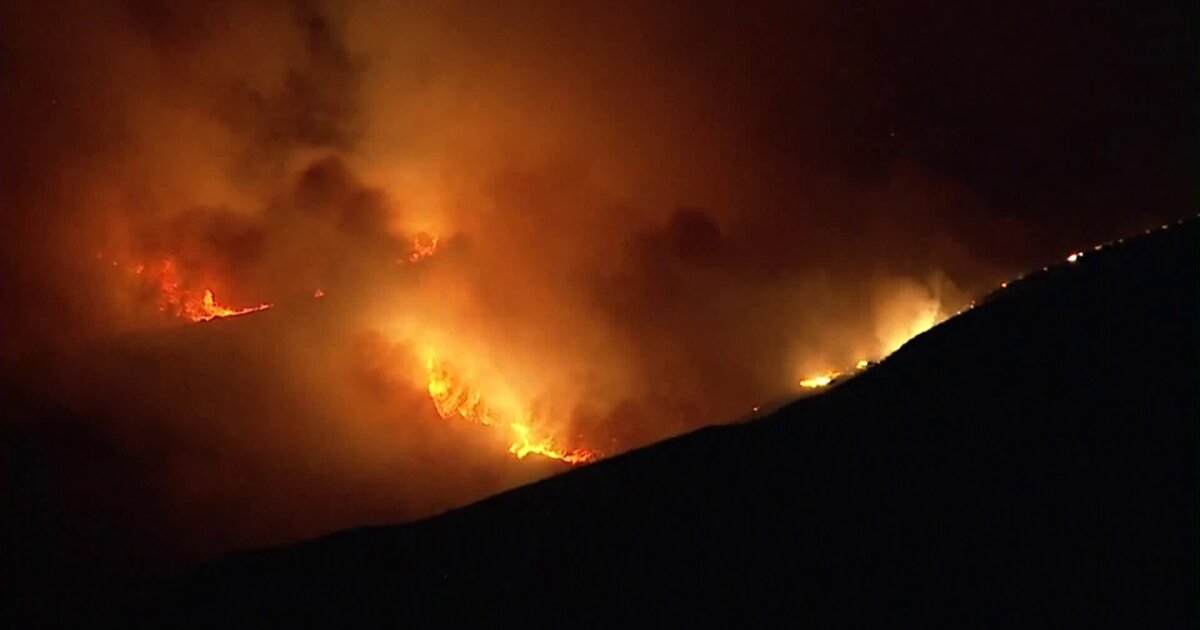 The crews fight a fast-moving bushfire that broke out in Ventura County on Thursday night.

The fire, known as Maria Fire, broke out on south hill south of Santa Paula around 6:15 pm and exploded rapidly to 750 acres, the Ventura County Fire Department said.
Authorities issued compulsory evacuations for a number of homes bordering 126 Freeway to the north, Los Angeles Avenue to the south, Vineyard Avenue to the west, and Balcom Canyon to the east. At nightfall, the firefighters tried to fight the fire in an area south of Highway 126, north of Los Angeles Avenue, east of Vineyard Avenue and west of Balcom Road.

Helicopters dropped water on the flame as engine crews on the ground tried to prevent propagation on houses.

Ventura County is already engaged in the light fire. That began on Wednesday and threatened the Ronald Reagan Presidential Museum. This fire set fire to 1,700 acres.

The Santa Clara River Valley is particularly vulnerable to channeling Santa Ana winds as it is oriented from northeast to southwest. Coming here are the winds of Santa Ana – from the northeast, while masses of high-pressure air from the deserts of Nevada and Utah are searching for a way to drain the air on the California coast.

As the altitude drops, the air sinks and gullies cross, the winds increase in speed and dry out even more. The humidity in the nearby town of Simi Valley was 8% on Thursday, which is extremely dry.

The fire in Maria erupted as crews continued to fight several fires in Southern California, including fires in San Bernardino and the Jurupa Valley, which together caused hundreds of fires, causing thousands of residents to flee their homes.

The warnings of critical fire weather conditions for the windiest areas of the counties of Los Angeles and Ventura were extended to Friday evening 24 hours.

The red flag warnings that sound the alarm in strong winds, dry air, and parched vegetation hold for the mountains and valleys inland in Los Angeles and Ventura, as well as for the Santa Clarita Valley due to the continuing winds from the northeast and very dry air. Elsewhere, warnings were expected to go out in the red flag as the gusts dropped 40 km / h to 40 km / h on Thursday night. Not much weaker than a peak of 120 km / h measured on Wednesday at Boney Peak in the Santa Monica Mountains. The air is still bone dry. Relative humidity in Simi Valley, the site of the fire that threatened the Ronald Reagan Presidential Library, was 8% on Thursday.

Gusts of up to 85 km / h were recorded near the Cajon Pass. near where the hillside fire spread in San Bernardino on Thursday morning. At Riverside Municipal Airport, gusts of 40 km / h to 40 km / h were registered near a fire in the Jurupa Valley, said Jimmy Taeger, meteorologist at the National Weather Service Office in San Diego. Times co-authors Paul Duginski and Ron Lin contributed to this report.