The dark sides of the extrasolar planets have surprisingly similar temperatures 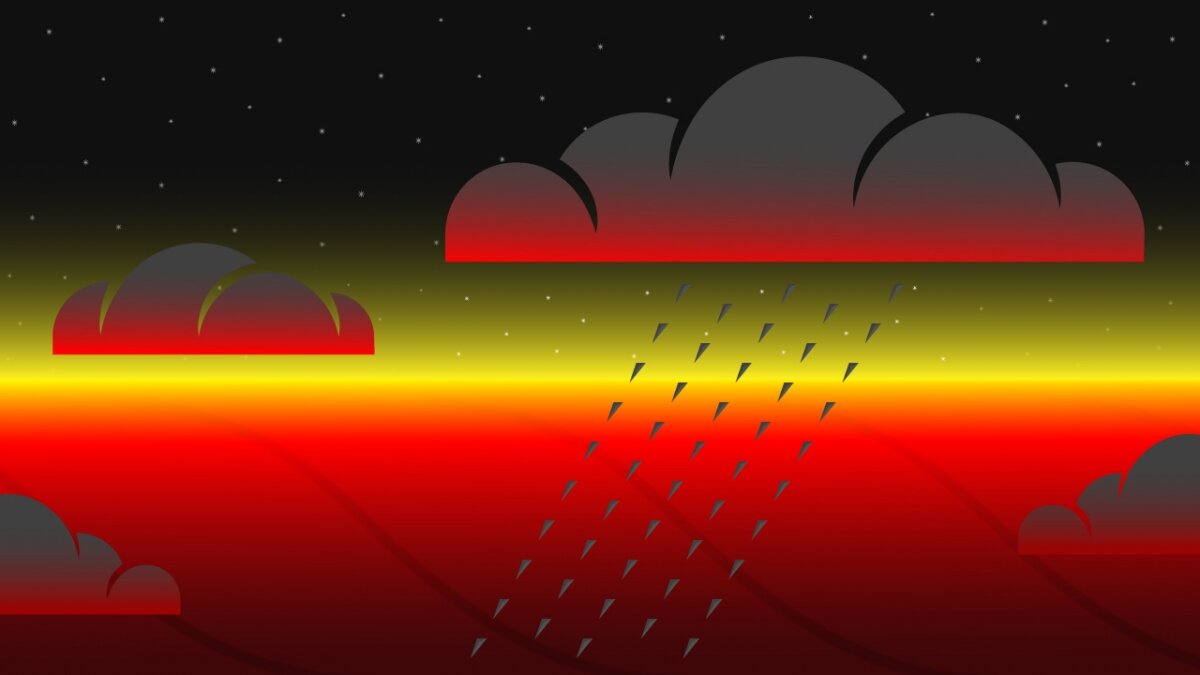 A recent study by McGill University astronomers has revealed that the temperature on the night-time sides of various hot Jupiter is surprisingly uniform, suggesting that the dark side of these massive gaseous planets has clouds of minerals and rocks.

Using data from the Spitzer Space and Hubble Space Telescopes, the McGill Space Institute researchers found that the night-time temperature of 12 hot Jupiter they studied was about 800 ° C.

Unlike our well-known planet Jupiter, so-called hot Jupiter circles very close to their host star – so close that the orbital period is usually less than three days. As a result, hot Jupiter have day and night sides that are permanently turned towards their host stars and are always facing the darkness of space, much as the same side of the moon is always facing the earth. The tight orbit also means that these planets receive more sunlight from their star, which makes them extremely hot on the days. Previously, however, scientists had measured on the night side of the hot Jupiter considerable amounts of heat, which suggests a kind of energy transfer from one side to the other.

"Atmospheric circulation models predicted that nighttime temperatures should vary much more than they do," said Dylan Keating, a physics PhD student. Student under the supervision of McGill Professor Nicolas Cowan. "This is really surprising because the planets we study are irradiated differently by their host stars and the daytime temperatures between them vary by almost 1700 ° C."

Keating, the first author of a new natural astronomy study describing the results, said the nocturnal temperatures are likely to be the result of condensation of evaporated rock in these very hot atmospheres.

"The uniformity of nighttime temperatures suggests that the clouds on this side of the planets are very similar in composition, and our data suggest that these clouds are likely to consist of minerals such as manganese sulfide or silicates or rocks." Keating explained.

According to Cowan, studying the night-side clouds on hot Jupiter might give insight into cloud formation elsewhere in the universe, even on Earth, since the basic physics of cloud formation is universal. Keating said future space telescope missions – such as the James Webb Space Telescope and the European Space Agency's ARIEL mission – could be used to further characterize the prevailing cloud composition on hot Jupiter Nightsides as well as to improve models of atmospheric circulation and cloud formation planet.

"When we see hot Jupiter at both shorter and longer wavelengths, we can see what kinds of clouds are on the night sides of these planets," Keating said.