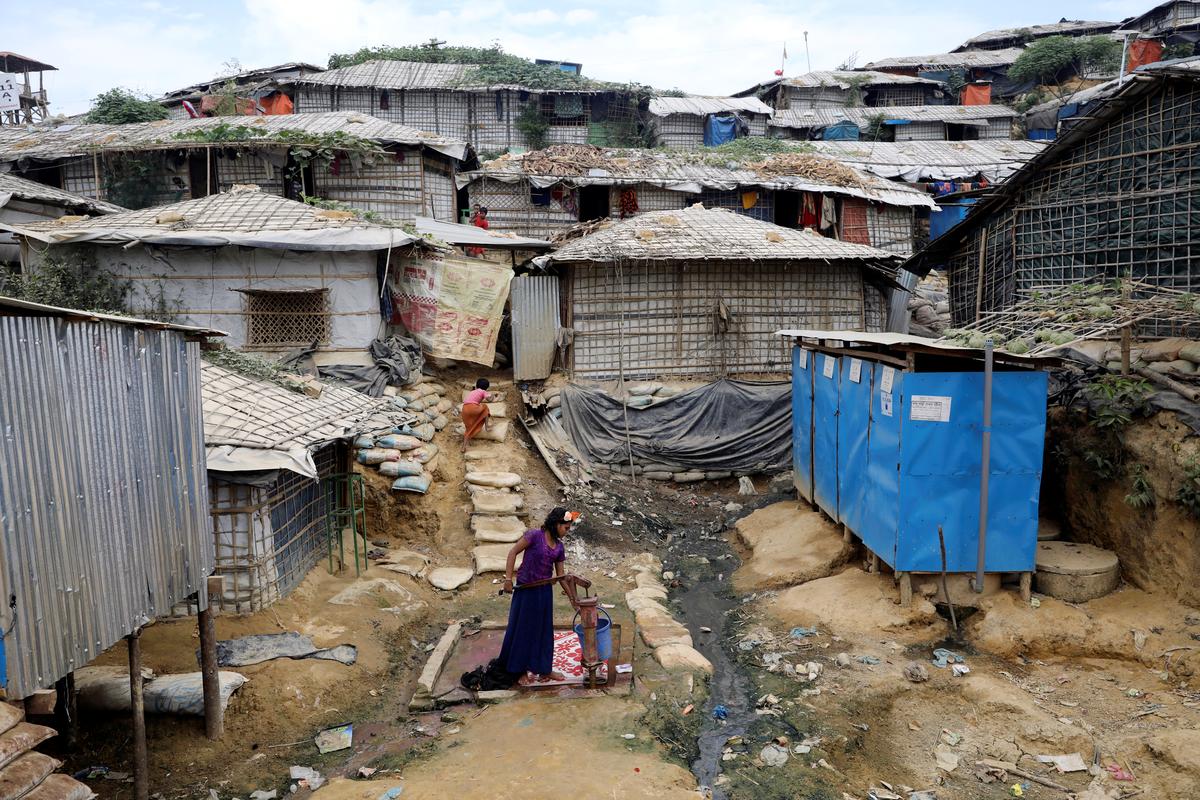 COX'S BAZAR, Bangladesh (Reuters) – Bangladesh has begun preparations to repatriate a first group of Rohingya Muslims to Myanmar on Thursday, but it is still unclear whether any of them would return, humanitarian officials said.

A Rohingya refugee girl collects water from a tube well in the Balikhali camp in Cox's Bazar, Bangladesh, November 1

Bangladesh and Myanmar have agreed in late October to repatriate Thousands of Rohingya refugees start, although the United Nations Refugee Agency and United Nations relief groups have doubts about security in Myanmar.

There are also concerns that the Rohingya do not want to go back.

More than 700,000 Rohingya fled last year, according to US agencies, from an escalating crackdown by the Rakhine army. The Rohingya say soldiers and local Buddhists have slaughtered families, burned down hundreds of villages and carried out gang rapes. Investigators on behalf of US forces accused the Myanmar army of "genocidal intent" and ethnic cleansing.

Myanmar denies almost all allegations, saying security forces are fighting terrorists. Attacks by insurgents of the Rohingya, who called themselves the Salvation Army Arakan Rohingya, preceded the defeat.

The return of the first group of 2,200 refugees is scheduled to officially start on Thursday and officials in Myanmar say they are ready for them.

Bangladesh vowed not to force anyone back, and it has asked the United Nations High Commissioner for Refugees (UNHCR) to ensure that those who are shortlisted really want to return.

"We expect feedback from them today," Kalam said.

Asked if the trial would begin on Thursday, Kalam said, "This is our plan, but we want to ensure a voluntary, safe, dignified and sustainable return."

U.N. Head of Department Michelle Bachelet called on Bangladesh on Tuesday to stop the repatriation plans and warned that her life was "seriously threatened".

A UNHCR spokesman for Cox's Bazar said the agency had begun on Tuesday to see if any of the refugees wanted to return. A source told Reuters that the agency had not found a single family to return.

"They also do not find all families on the list, as many have fled to other camps," the source added.

According to a second source, none of the eleven families surveyed had agreed to return. "Today it is not too different," the source told Reuters on Wednesday.

Earlier this week, dozens of Rohingya families, who are on the list of refugees to return, started their camps in Bangladesh.

Last week, more than 20 people on the Reuters list said they would refuse to return to Rakhine and said they were scared.

US. Vice President Mike Pence expressed the strongest condemnation from the Trump administration, which condemned Myanmar's treatment of Rohingya on Wednesday. He told leading Aung San Suu Kyi in Singapore that the "persecution" by the Myanmar army was "without apology."

Suu Kyi responded to Pence and said that people had different points of view.