The desert telescope aims to age our universe 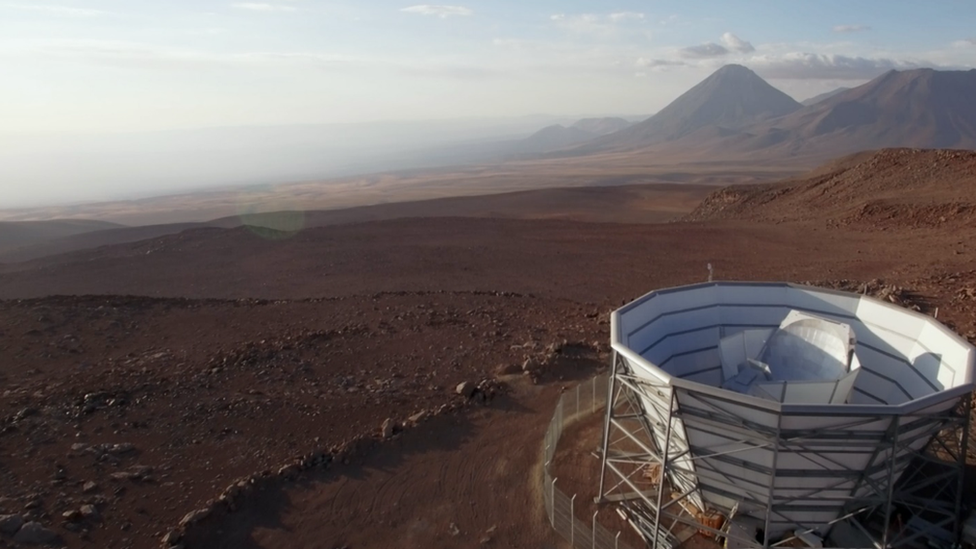 Another telescope has entered into the debate about the age and rate of expansion of the universe.

This topic has recently become the subject of an energetic back and forth among scientists using various astronomical devices and techniques.

A new addition is the Atacama Cosmology Telescope in Chile.

It examined the “oldest light”

This is almost exactly the same number that we received from Europe’s flagship space observatory Mission Planck, which mapped the old light in the early 2010s.

But that’s the problem because other telescopes that use other methods have come out at an age that’s several hundred million years younger.

They all tried to measure the so-called Hubble constant – the value that astronomers use to describe the cosmic expansion.

The further you look away, the faster galaxies withdraw from us. Ever since American astronomer Edwin Hubble first described this relationship in detail in 1929, researchers have been painstakingly trying to put a number on it.

There are two leading approaches. One is to map the distance to local variable (Cepheids) and exploding (Supernovas) stars and try to measure the rate of recession based on their movement. The other is to look at the state of the cosmos shortly after the Big Bang and use what we know about physics at this early stage to predict what the constant should be.

Planck and now ACT pursued this latter concept. For this purpose, both have examined the cosmic microwave background.

The CMB was the first light to flood space after the universe cooled sufficiently to allow the formation of neutral hydrogen atoms – about 380,000 years after the life of the cosmos.

The light still immerses the earth at microwave frequencies in an almost uniform glow and has a temperature profile that is only 2.7 degrees above absolute zero.

However, it is possible to detect tiny deviations in this signal – and in the way the light has been twisted or polarized when it comes to us – to get a lot of information. One of these information nuggets is this value for the Hubble constant.

The international team behind ACT published its number on Wednesday in an article on the arXiv pre-print server (no full peer review).

That number is 67.6 kilometers per second per megaparsec – a megaparsec of 3.26 million light years.

In other words, the expansion of the universe increases by 67.6 km / s with 3.26 million light years each, which we look further into space. Planck’s version of this number was 67.4.

Should we be surprised? Shouldn’t similar approaches lead to very similar results?

ACT collaborator Prof. Erminia Calabrese from Cardiff University, UK, says that this is true on one level, but argues that the experiments were sufficiently different to raise contradictions.

For comparison: telescopes that used the alternative approach generate a Hubble constant that is about 74 km per second and megaparsec.

This other camp includes the powerful Hubble space telescope itself and the Gaia space observatory, which maps the positions of neighboring stars with a precision that is unprecedented in the history of astronomy.

Both groups have now reflected the uncertainties in their respective measurements that the gap between them has become insurmountable. One or both of them are wrong somewhere, or maybe there is new physics out there that has neither side understood.

“It is possible that there are still some small distortions in the CMB or Supernova records (or in both) that are not fully taken into account. However, as the observations improve, it becomes increasingly difficult to see what that could be “commented Prof. Isobel Hook from Lancaster University, UK.

“The alternative is that the universe has something fundamental that we don’t understand.

“There are several theories that try to explain the discrepancy – one idea is that a particularly early expansion in the universe makes the CMB scale a different physical size than expected. But there are problems with these theories, too. I honestly “I don’t know which side I’m on, but it’s a fascinating debate!” she told BBC News.

We underestimated the speed at which the Arctic is melting