Breaking News
Home / Health / The DNA Diet: How Knowing Your Genes Can Help You Fit In Your Jeans

The DNA Diet: How Knowing Your Genes Can Help You Fit In Your Jeans 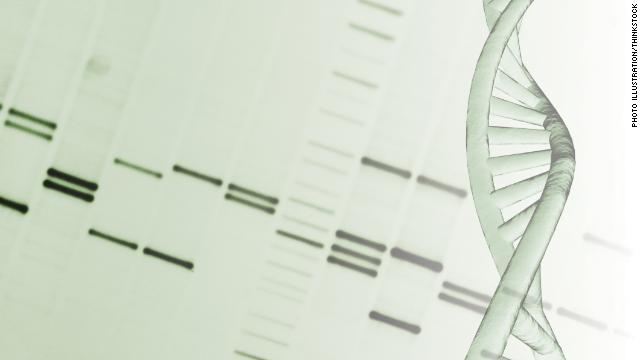 Most people have this basic understanding of genetics: they inherit genes from their parents, and their DNA combines to create your unique genetic make-up. This may include more obvious features such as eye color and size, but also more complex features that may affect multiple genes, such as the risk of diseases such as diabetes, heart disease, obesity and cancer, as well as all aspects of the metabolism.

The Human Genome Project – an international 13-year collaboration mapping all human genes – has identified in our genetic code approximately 50,000 deviations (differences in the individual DNA code) that make a difference in the way your genome is characterized can cause bodily functions.

Many people may not realize that there is a significant interaction between your environment and your genes, and that your diet is one of the most basic and potentially variable components of your environment.

This interaction has led to a field called Nutrigenetics, which examines how our genes determine our response to nutrients in food and drink. By better understanding a person's response to certain nutrients, physicians could provide more accurate and effective nutritional recommendations.

An interesting example concerns a nutrient that receives little attention: choline, which is common in egg yolks. As public health officials began to target cholesterol lowering for heart health reasons, eggs were considered unhealthy. Lowering cholesterol in the diet may have been beneficial for some to lower blood cholesterol levels, but nutrient-based research has found several genetic variants that can lead to health problems, including fatty liver, infertility, and muscle loss in individual carriers of the insufficient Consume quantities of choline.

Other controversial nutrients that could be better addressed taking nutrigenetics into account These include saturated fat, vitamin D, and sodium (salt). The seemingly contradictory research on these nutrients may be partly due to individual genetic variations that determine an individual's and not a group's response to these nutrients.

Although most experts believe that avoiding excessive intake of saturated fat keeps us healthy, the increasing popularity of high fat, low carbohydrate and ketogenic fats has led many to disregard these recommendations.

Jose Ordovas, Director of Nutrition and Genomics at Jean Mayer USDA Human Nutrition Research Center for Aging Research at Tufts University, discovered a link between a genetic variation of the APOA2 gene that is involved in fat absorption and increases the likelihood that People gain weight when they eat a lot of saturated fat. For these people, saturated fat is a particularly bad choice that promotes both overweight and bad heart health.

Similarly, there are several genetic variances that affect the effect of dietary salt intake on blood pressure. Nutritional studies suggest that in some people, a reduction in table salt is particularly important in maintaining healthy blood pressure. According to Ordovas, reducing salinity to very low levels could actually raise blood pressure in up to 11% of the population.

Why weight loss is so complicated

When it comes to weight loss, the role of nutrigenetics becomes much more difficult to solve.

Obesity is a complex, multifactorial disease. Obesity has a considerable genetic component (estimates range from 30% to 70%), and dozens of genetic variants have been linked to obesity and metabolism. Identifying those most likely to respond to certain dietary interventions is a challenge, both from a research and a behavioral perspective, as dieting only works if you follow it.

A Harvard study from 2012 revealed that a variant of the FTO gene after two years predicted a significantly higher fat loss in individuals with the variant who followed a high-grade dementia. Protein diet and bad fat loss in the variant after a low-protein diet. However, a widely used Stanford study from 2018 found no link between weight loss in low-fat and low-carbohydrate diets based on three genetic variants.

Experts in the field of nutrition, including Dr. med. Martin Kohlmeier, president of the International Society of Nutrigenetics / Nutrigenomics, explains these negative results quite simply: "The researchers randomly chose the wrong genetic variants and it could well work with others."

Compliance is also a critical factor when it comes to weight loss and health. Do genetically controlled nutritional interventions improve dietary compliance? Yes, says Ahmed El-Sohemy, professor and Canadian research chair for nutrigenomics at the University of Toronto, who founded the company Nutrigenomix, which provides recommendations for a DNA-based diet by healthcare providers.

El-Sohemy published one of the first studies that showed significant improvements in salt reduction with disclosure of genetic information. A recent study focusing on genetic testing and behavioral change underlines the importance of actionable lifestyle recommendations and notes that "the most promising lifestyle changes were dietary changes."

Despite the lack of consensus on many gene-based nutritional interventions, many companies are marketing gene-based diet and nutrition programs.

The DNA diet, which offers a digital weight-loss program based on personalized dietary and lifestyle recommendations derived from DNA, aims to support the behavioral changes necessary for successful DNA-based use Diet are essential. Whether the specific genetic variants used by the company actually help to improve weight loss beyond personalized recommendations has not been adequately studied.

Many companies also use DNA analysis to make personalized supplement recommendations. Although this area is promising, science is not strong enough to support most of these recommendations.

A potentially promising application of nutrigenetics is that of medical foods that, unlike nutritional supplements, are strictly monitored by the Food and Drug Administration and must be prescribed by a doctor.

Dr. Steve Zeisel, director of the Nutrition Research Institute at the University of North Carolina-Chapel Hill and one of the world's leading researchers in choline, founded a company called SNP Therapeutics, which aims to develop genetic testing-based medical foods that identify and block roadblocks in metabolism lack of nutrients to get around these blocks.

While championing a healthy and balanced diet for all, Zeisel believes that medical foods can play an important role in improving long-term adherence to GMO recommendations.

The area of ​​nutrigenetics is still in development Early days and much more need to be learned, but experts agree: although the evidence will evolve over the next decade, we have enough good evidence to make it useful now close.

The effective use of genetic information to guide more specific individual dietary recommendations requires much more than testing random genetic variants and should be performed by a trained healthcare professional.

The genetically-versed healthcare provider should know how to include and treat genetic information as one of several nutritional precision factors, including gut microbiotics, standard blood tests and health risk assessment, as well as more recent methods of evaluating nutrient metabolism. According to Kohlmeier, "Biohacking will not cut the mustard".

Dr. Melina Jampolis is an internist and nutritionist and author of several books, including Spice Up, Slim Down.