The dollar slips before the statement of the Fed 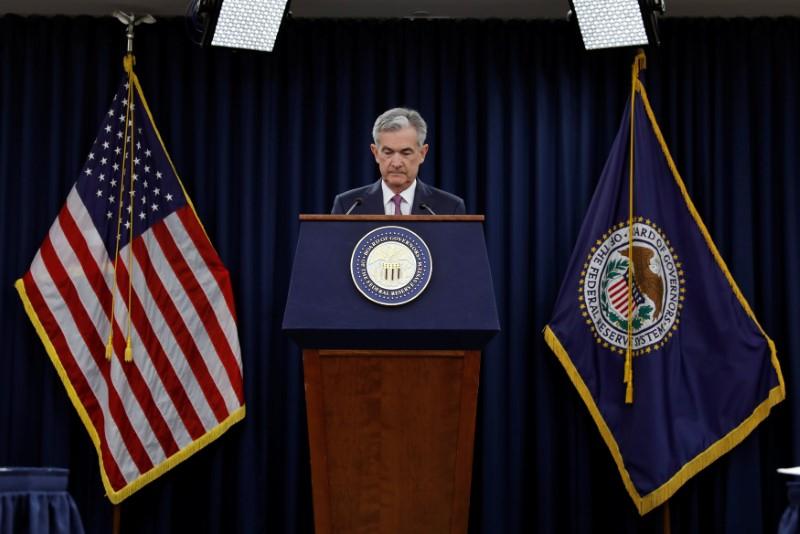 LONDON (Reuters) – The dollar fell ahead of US Federal Reserve Chairman Jerome Powell's statement Tuesday that traders are looking for clues to the pace of US interest rate hikes and trade-off risks.

Powell will testify on economic and monetary policy on Tuesday at the US Senate Banking Committee at 1400 GMT.

It is expected to give some optimistic news on growth prospects, reaffirm the Fed's gradual tightening policy, but also pose tough questions about central bank independence and the question of escalating the global trade war.

"The escalating trade dispute is becoming an increasingly realistic downside risk that could weigh on sentiment and capital spending," said Guy Stear, an analyst at Societe Generale.

"It is questionable how long the top central banker will be and still wants to be so reserved in view of the increasing tensions."

At 0745 GMT, the dollar was down 0.2 percent at 94.37 against a basket of six major currencies, which account for small gains posted during early morning trade.

The US currency traded flat against the yen at 112.27 yen, having previously reached a six-month high of 112.80 yen on July 13 in the session.

The gains of the dollar have been worried over the year this year An intensifying trade dispute between the US and China, although the concerns have capped, have not yet derailed the solid performance of the greenback.

Analysts are unsure how the Fed would react if the conflict over trade with China worsened, either with aggressive rate hikes due to the inflationary impact of import tariffs or a slowdown in the migration cycle.

"[If the trade war worsens] I would expect the US dollar to appreciate initially by fleeing to safe havens, and likely to benefit even more in the event of aggressive rate hikes," said Thu Lan Nguyen, FX strategist at Commerzbank AG in Frankfurt.

Other important currency pairs on Tuesday remained in narrow ranges.

The euro and pound sterling rose slightly against the dollar. The single currency gained 0.2 percent to $ 1.1738 after plunging half a percent last week, while the pound gained 0.1 percent to $ 1.3255.

The Australian dollar rose 0.1 percent to $ 0.7428. The currency has fallen more than 5 percent since the beginning of the year as interest rate expectations by the US Federal Reserve and the Australian Federal Reserve, which have stabilized for some time, diverge.

Meanwhile, the New Zealand dollar rose 0.8 percent to $ 0.6839, its highest level since July 11, at $ 0.6835 per dollar. New Zealand's core annual inflation accelerated for the third quarter in a row, the largest increase since 2011. [19659018] Additional reporting by Daniel Leussink in Tokyo; Arrangement by Peter Graff