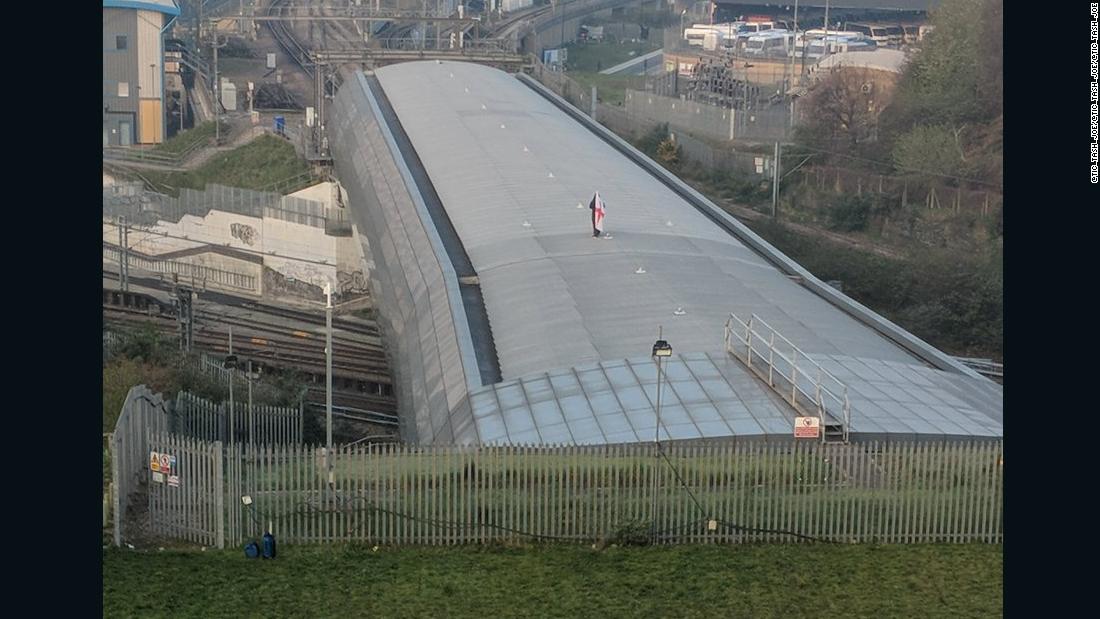 The incident occurred on the day that protests against Brexit in London took place that lasted until Friday night.

"A 44-year-old man was arrested this morning for illegally entering and disabling the railroad after spending the night at the roof of St. Pancras Railway Station," said a Saturday morning statement from the British Transport Police (BTP).

The police were called shortly after 19.00 local time (15.00 ET) Friday, according to reports of a man in "precarious situation" in St. Pancras, according to BTP.

An image published on Social Media showed a man wrapped in St. George's Cross – the national flag of England – on a roof of the station, with police vehicles nearby.
Services were discontinued on early Saturday, Eurostar said in a tweet .

The company advised passengers not to travel and offered free exchanges or cancellations.

Later in the morning, the services resumed Eurostar warned of " another incident ."

On the day the United Kingdom originally emerged from the European Union Union, Prime Minister Theresa May withdrew for the third time an EU agreement on withdrawal.

The Metropolitan Police confirmed that five protesters were arrested. The troop tweeted this at 9 o'clock in the morning. Two people had been arrested for physical injury at local time, one for drunkenness and disorder, one for an attack on a police officer and one for a crime in another part of the country.

The Marchers wore posters, including slogans, "No deal is better than a bad deal," "Every nation has the right to self-determination," and "Holiday means vacation."

Others said, "This country has turned into a dictatorship" and "We want our Brexit back."

Britain is getting ready for another key week in the ongoing Brexit saga, while Prime Minister Theresa May reportedly insisted prepared to bring its EU withdrawal law to Parliament for a fourth vote.